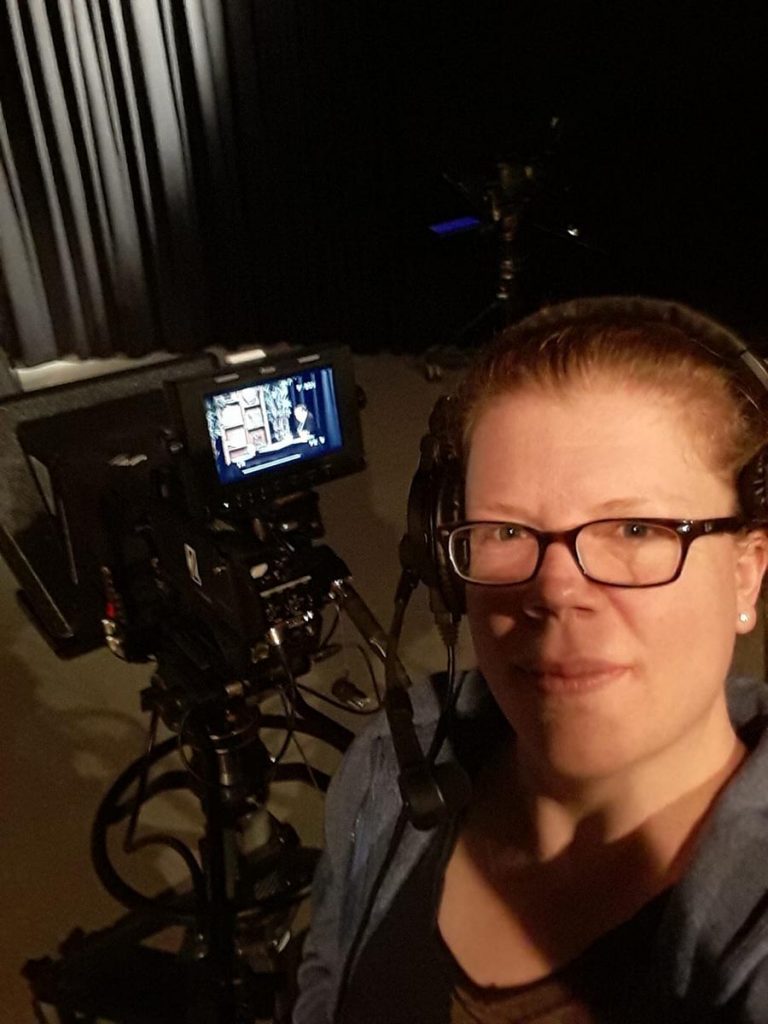 I first came to the Midpen Media Center for the studio tour and then for the studio class. I was in search of local media making opportunities because I didn’t want to pack up and move to Hollywood. I was looking for a home for my writing. I told everyone I met that I was a writer, including Becky Sanders and Debbie Gisonni, who were respectively Midpen Media’s marketing manager and interim executive director at the time.

Because I was so vocal about being a writer, Becky and Debbie asked me to write and co-ordinate Midpen Media’s newsletter while Becky was on vacation. I was thrilled to take on the assignment and immerse myself even more within the community of media makers. I stayed on long after Becky came back from vacation and have written and published just about 40 newsletters for Midpen Media.

The first weighty article I wrote for the newsletter was the interview I did with Midpen Media’s new Executive Director, Keri Stokstad. I remember meeting Keri at her office and setting up my little digital voice recorder. Although we were meeting for the first time, it felt like the tables were turned. I was the one asking all of the questions, and the executive director was the one being interviewed! I loved discovering Keri’s passion for media and all of the expertise she was bringing to the organization.

Over the years, I interviewed first time producers who’ve successfully created a show with their studio class crewmates. There have been shows featuring Tai Chi moves, bike repair, and even kitten fostering. I hear stories of last-minute scrambles to book guests or hosts, but in the end, things always work out. I’ve also enjoyed interviewing local filmmakers who have come up through the Midpen Media Center, like Andrew Chen and his film “Ghost in the Gun.” It’s encouraging to see his hard work and dedication being celebrated at film premieres and the creativity that shines through in the film’s trailer.

And even during the crazy year that was 2020, Midpen Media continued to teach media skills to both kids and adults. For example, armed with only the cameras on their computers and phones, a class of youth learned how to create TV shows through Zoom. As subtle as this article topic might be, it is impactful and important. Just think about it, for most of the year no one was allowed into the Midpen Media studio, and yet these kids were still able to make media from their homes.

This is the last newsletter in my epic run of 40 issues. I’ve learned a few things from talking to so many people in the media field. The most crucial for the times we find ourselves in now is when things on a production look like they just might fall apart, the community always finds a way to pull through together. As they say, the show must go on, and I know it will.