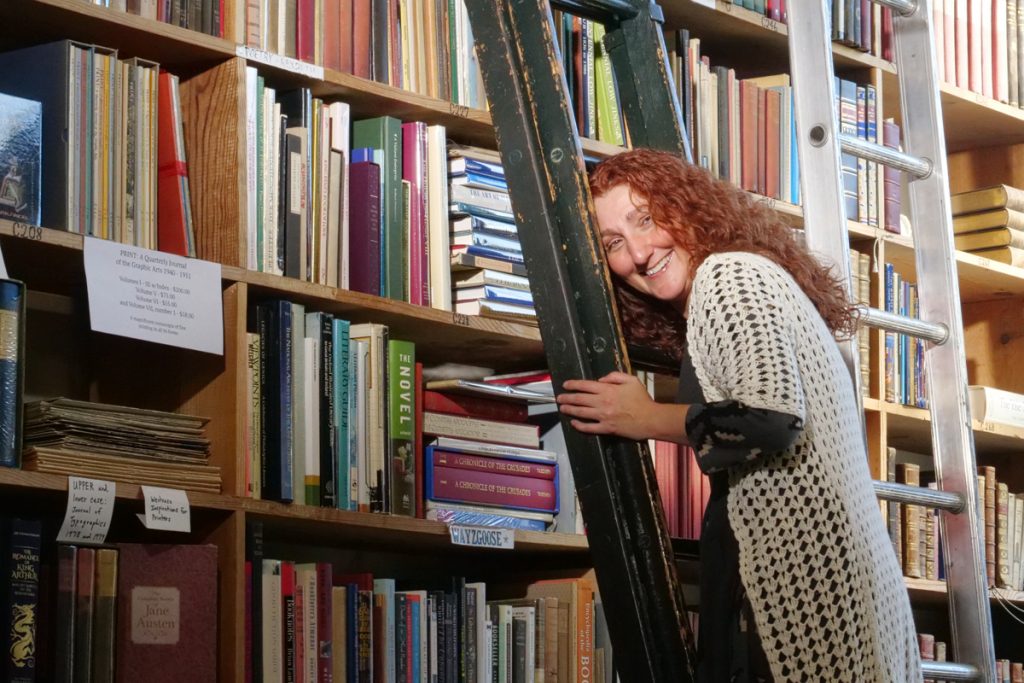 Be whisked away to 1933 Palo Alto at our virtual premiere of the short film, “A Moment Unbound: Adventures Through Time.” Join our live watch party Sunday, September 6th at 6:30 PM on Midpen Media’s Facebook page to celebrate with the cast, crew, and film supporters, or tune in through Zoom (Go to https://www.zoom.us/ Meeting ID: 852 0708 9100 and Passcode: 803943).

Based on the world of the play “A Moment Unbound,” a time travel adventure play, the story tracks a time-traveling family into their not-so-distant past. Plagued with book-sprites, creatures born of book rust and old photographs, they are led on adventures and make all kinds of discoveries about the past, present, and themselves.

Though complete fiction, the story is set in Bell’s Books, a real Palo Alto bookshop, and was inspired by the play ”A Moment Unbound” and local history interviews. The interviews contributed elements from local historian Beth Bunnenberg, an authority on the Beaudoin dance studio founded in Palo Alto during the Great Depression, and Palo Alto Historical Society member Patty McEwen, who as a girl looked up at the shadow of a Navy dirigible which covered multiple Palo Alto city blocks. Patty also talked about standing on tables to get your hem measured while preparing for dances like the May Fete tea dances held at the Cardinal Hotel each year.

The film was shot on location at Bell’s Books and in the Midpen Media Center with a cast and crew of all ages.

If you miss the live premiere, catch the film on Midpen Media channel 30 or at the Archive Mixed Media website.

A Moment Unbound on Channel 30