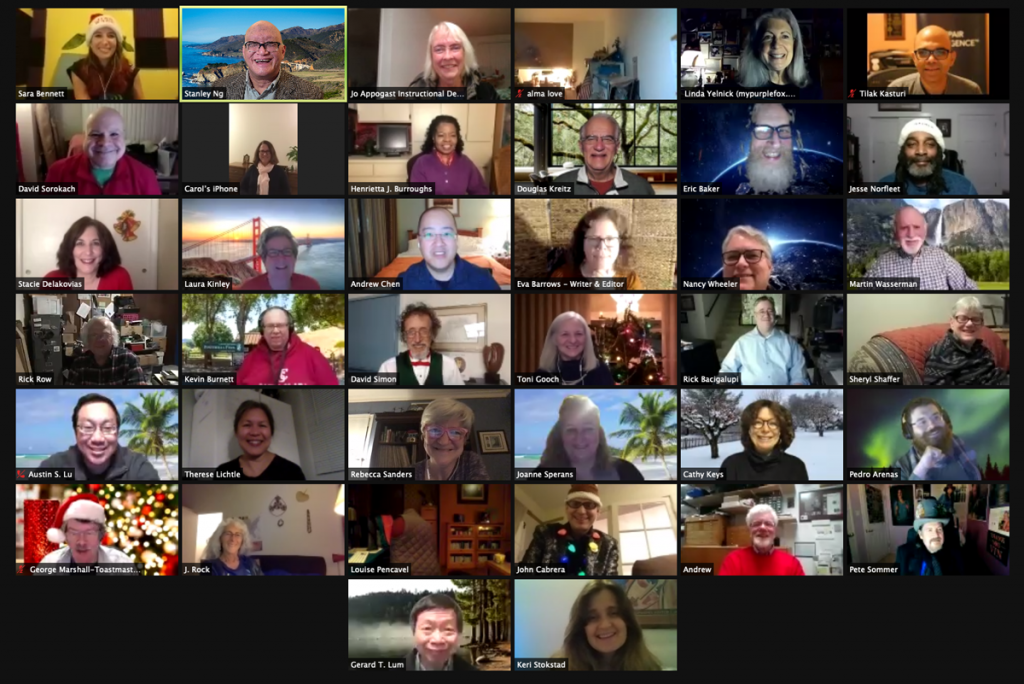 On December 10, 2020, we brought together 40 plus Midpen Media volunteers and supporters via Zoom for a virtual holiday party. For over two hours, guests chatted with familiar faces on their computer screens and got to know new ones. Party host Associate Director of Programs Sara Bennett broke the large party up into smaller break out rooms which facilitated intimate conversation and genuine connections.

“It was great to see everyone and chat since I feel like the crew is missing seeing each other at the studio. Even though it was a virtual party on Zoom, I felt like it carried the spirit of our usual holiday party,” said Sara.

After an hour of mingling, the celebration turned to focus on honoring our dedicated volunteers. Even though the studio was only open the first few months of 2020, an impressive amount of volunteer crew hours were logged. Sara announced the top ten people who volunteered on the most shows during 2020. Jo Appogast came in first place with 21 shows, Tom Clark came in second place with 16 shows, and there was a tie for third place between Toni Gooch and Fred Bockmann, who had crewed 15 shows each. Thank you to all 64 volunteers who put their media producing skills to use with us in 2020.

During the party, guests thanked Sara for hosting the interactive event and for her years of unwavering support of local community-produced shows. Sara will be leaving Midpen Media in early 2021, and the party gave people a chance to wish her well in all that the future holds.