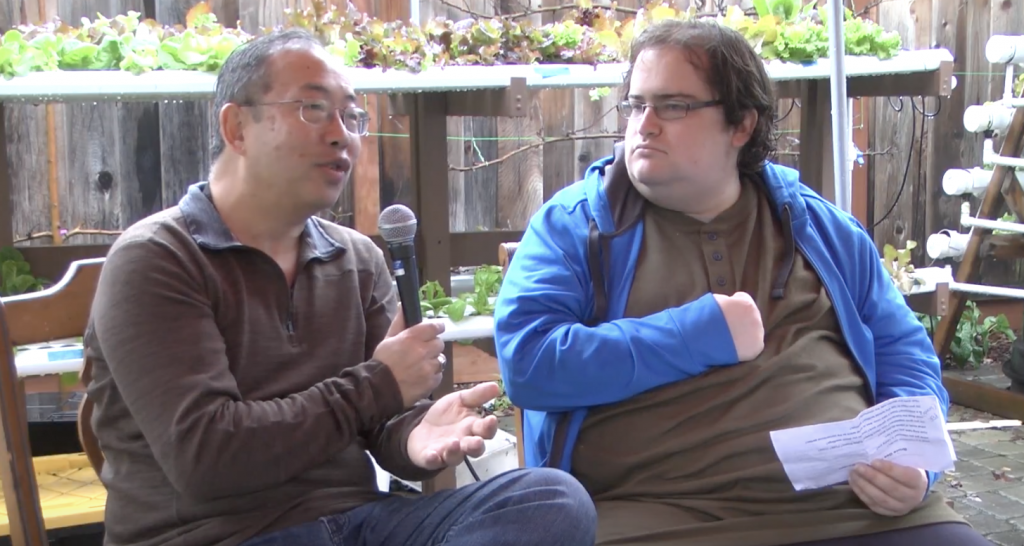 by Eva Barrows
Abilities United and the Midpen Media Center have teamed up to train members of the disabled community in television production. Over the past few years, the joint training sessions have led to the creation of 10-15 short films. “They learn how to film and they go out in the community and do it,” says Andrea Throndson, Community Connections Developer for Abilities United.

Media Center staff train students on field cameras and the students learn how to conduct interviews. Students get the chance to interview important people in the community. Staff from the Marine Science Center, Palo Alto Zoo and the Magical Bridge Playground share how their organizations welcome people with disabilities during student interviews. The students have also interviewed public figures like the mayor, police and fire chiefs.

The short films created by the class are featured within a larger half-hour show “Abilities United Presents.” Disability community champions like Dr. Temple Grandin and County Supervisor Joe Simitian discuss issues facing the community on the show with Throndson. “The mission I have is to bring awareness of what a gift this population is and how much potential they have,” says Throndson and the short films do just that.

In one recent film, the Abilities United crew went onsite to a backyard hydroponic garden. The team interviewed the gardener and learned about the drip system and plant growth stages. They got hands-on with the plants and went on a discovery process. Throndson says, “It’s a challenge for them. It causes them to use a lot of skills they’re not used to but they love it.”

Because of the television production class Throndson says the ceiling has been raised on what the potential of the disabled community is. “Six years ago they were spending countless hours walking around a mall. Now they’re filming a TV program.” She says the production class has had a huge impact on the parents of the disabled. “To see their children who are adults succeeding at something in life that is exciting is a paradigm shift in this community.”
The Media Center and Abilities United have partnered for many years on programming. Throndson says, “The Media Center has been instrumental in the evolution of the disabled community being seen through different eyes.” The Abilities United production class starts up in November with a few sessions planned throughout the year.