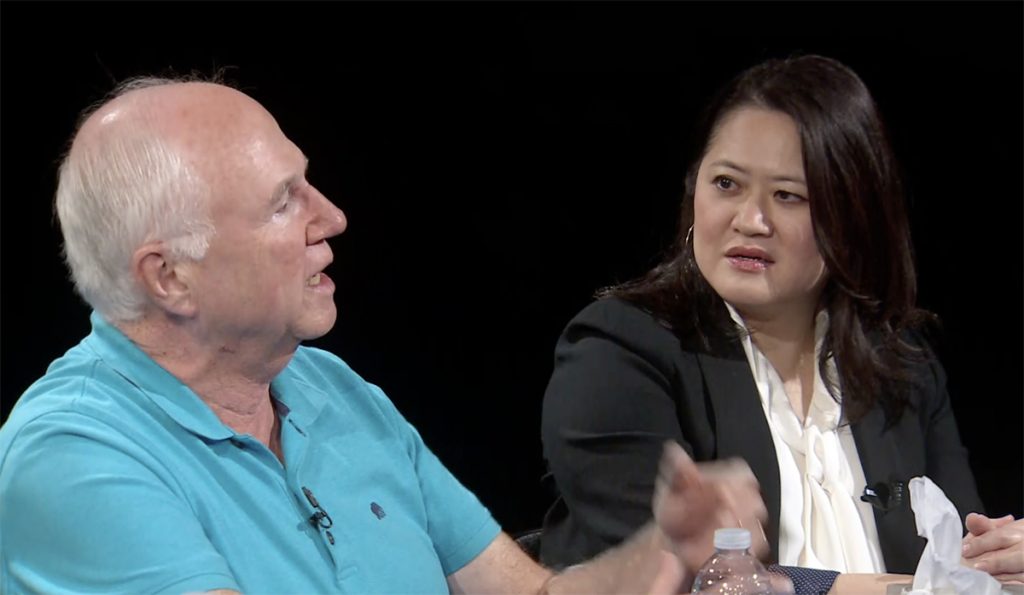 Caregivers shared experiences and memories marking the trajectory of a challenging disease from the early signs of confusion to uncharacteristic behavioral changes, wandering episodes, and memory support facilities. There were both laughter and tears around the table. When one caregiver mentioned her loved one’s resistance to showering, everyone’s head nodded in familiarity. There were smiles when a caregiver told of her father’s new relationship with a woman at his new memory support facility, even though her husband lived downstairs in an assisted living apartment. So too, when another described several incidents when his father drove off in a motorized shopping cart until he was discovered and brought back home. On the other hand there were poignant moments shared, such as a husband with early-onset Alzheimer’s who asked his wife, “What good am I if I can’t provide for this family?” Another said she never discussed the disease with her proud husband who never mentioned it by name. But some years later she discovered brochures about Alzheimer’s he’d kept buried in his desk drawers. 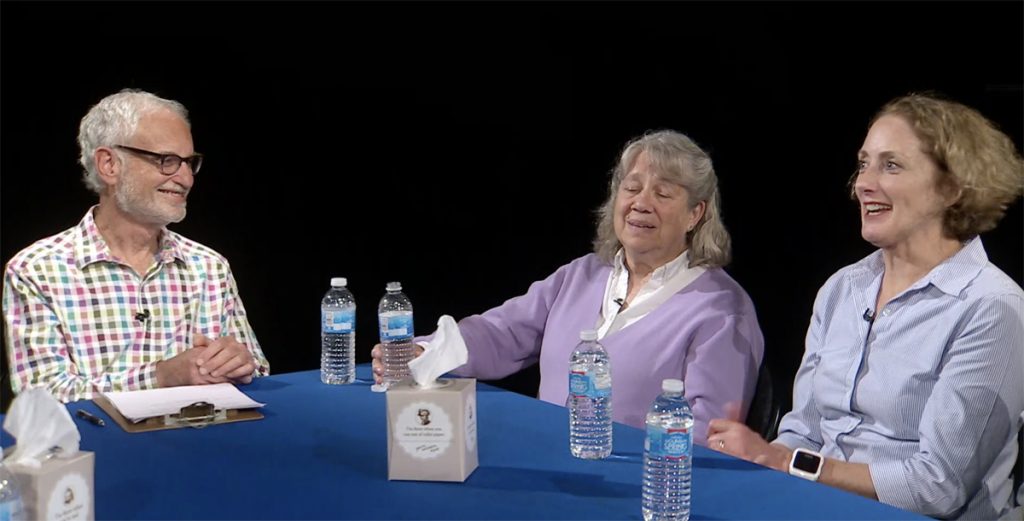 The seven participants did not know each other before the recording, but after two hours, they felt that they knew each other very well. They plan on forming a viewing party once the program is edited. This program was made possible by the R. Lacey Civic Engagement Initiative Fund and recruiting help from the Alzheimer’s Association and Avenidas in Palo Alto. It was moderated by longtime Midpen Media Associate and Director, Elliot Margolies.