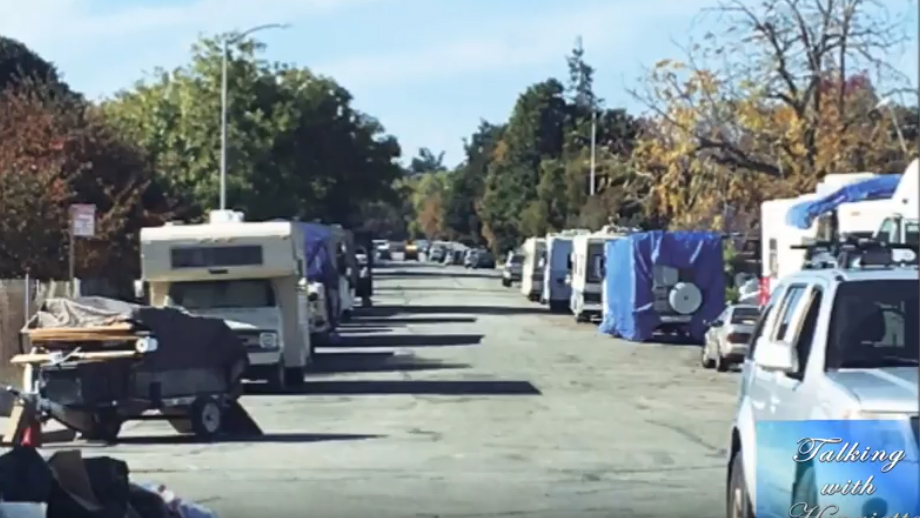 Within the last year, an increasing number of recreational vehicles (RVs) have been lining East Palo Alto neighborhood streets. The RVs aren’t being used for recreational camping but as semi-permanent housing for people who have been priced out of their home or apartment rentals. Henrietta Burroughs speaks with Pastor Paul Bains, Co-founder of Project WeHOPE and Michelle Daher, Management Analyst for the City of East Palo Alto for details about the situation on “Talking with Henrietta.”

The city is concerned about public health hazards the RVs create when they are not maintained properly. Last year Daher found that some RV residents were illegally disposing human waste on the city streets. She worked to educate families on proper disposal, but the problem continued causing sewage to flood a neighborhood street during a heavy rainstorm. Pastor Bains points out that another problem associated with RVs are “Poverty Pimps” who take advantage of disadvantaged people. Certain RV owners who rent out their RVs to low-income families will overcharge because they know the family has limited options.

Because of the region’s disproportionate growth in jobs to available housing, lower-income people increasingly have to face obstacles in order to remain under adequate shelter. The working poor who are finding it hard to stay in the area need housing alternatives. Fortunately, the city of East Palo Alto is working to legalize habitable spaces like second dwelling units in backyards and converted garages. Project WeHOPE is currently working on a “Safe Parking” initiative where RVs can be protected with some amenities available to make living a little more comfortable.