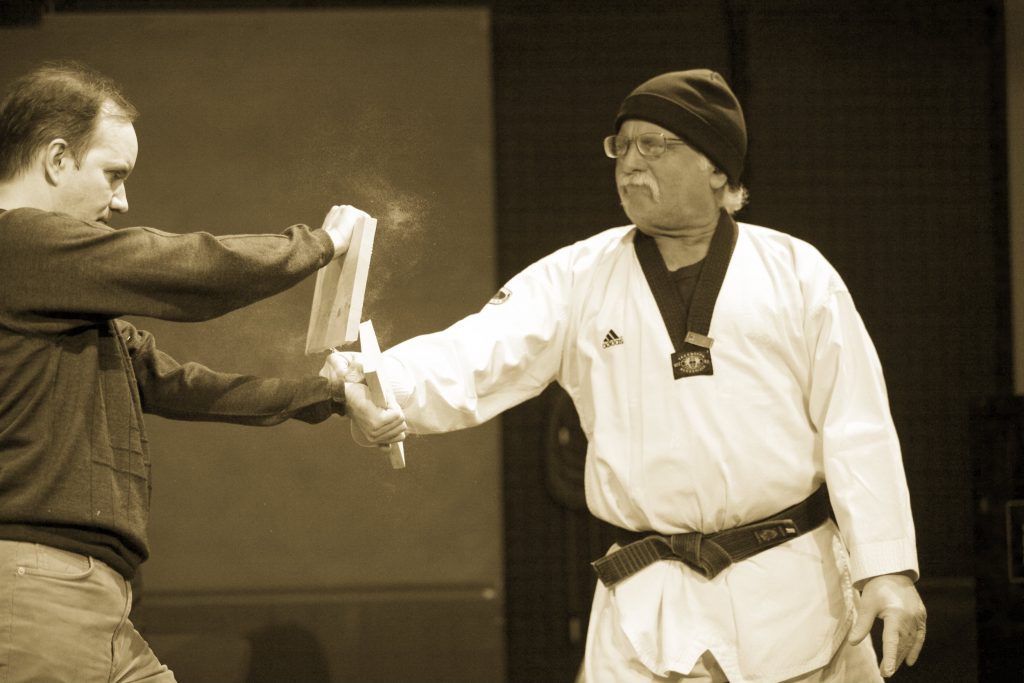 Back in 2014, community producer Michael Uhila shot footage for his short film “Auditions for Master Chan” in the Midpen Media studio. Taking note of the lighting tech adjusting the lights just so from high atop a ladder, the wrong song accidentally playing in the control room, and camera people getting reacquainted with their equipment, Uhila incorporated scenes like these from his experience volunteering on community access television crews in his film.

Uhila’s eight-minute art film has been accepted into three film festivals, most recently into the AVIFF Cannes Art Film Festival. “Auditions for Master Chan” was one of 15 films selected for the festival out of 200 submissions; virtual screenings will take place on May 21 and 22. Much of the film’s crew members, actors, and behind-the-scenes advisors were based in the San Francisco Bay Area during the time of filming. “I was on a team of people that made a short film that is now getting international respect,” says Uhila.

The premise of the film centers on Hong Kong producer John Foo as he stops by Midpen Media to audition talent for a TV show. We find out if the actors have what it takes to be on Hong Kong television. Midpen Media’s former Executive Director Annie Folger approved a martial artist to break boards and bricks in the studio. As Uhila recalls, he had the actor sign a waiver that he wouldn’t sue if he injured himself.

As a community access director, Uhila was more concerned with making art and not too worried about making a TV show, even though that was what he was doing. The theme of his film became, “Do you have the skills to turn confusion into art?” After working under other directors, Uhila noticed that many of them seemed tense during filming, with one even walking out during a live show. His takeaway and advice to up and coming directors is, “Have a plan for what you want to do, but know you may have to be able to improvise sometimes. You have to stay ready no matter what because the show must go on.”