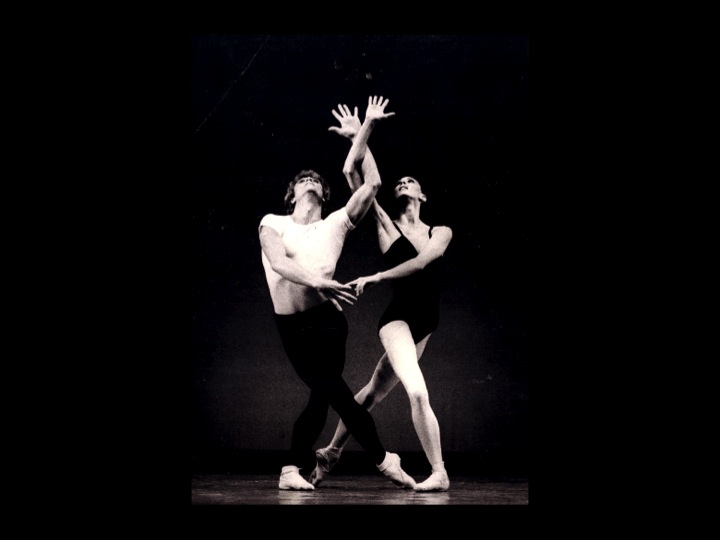 An older ballerina dances in front of a full length mirror on a dark bare stage. She hears voices of praise that quickly turn to criticism. She stops dancing and walks off stage. This is the opening scene of long time Midpen Media Center producer Stephanie Herman’s <a href=”https://www.youtube.com/watch?v=TQFEc8Wn0o0″>“Ballerina: A One Woman Play .” </a> Herman takes her audience on a journey through the struggles she faced as a prima ballerina on her way to rising above the negative voices that followed her.

Herman’s one night multi-media performance in front of a sold out house at the Oshman Family JCC in August 2017 was filmed by Vidur Sood. A screening for the film was held at the Midpen Media Center in February 2018 with a live monologue performed by Herman, photography and artwork of the dancer by Azita Gandjei and Leila Beverleigh, and live Q&A session.

Over the past few years Herman has experienced a major shift in mindset. As a hardworking and successful principal ballerina dancing alongside Mikhail Baryshnikov and Rudolph Nureyev, Herman was always striving to perform better.

“You go on stage you try your best and if you have a good performance you feel great but I think I always felt insecure,” Herman says of her experience dancing with world class ballet companies.

At the age of 65 Herman took an acting class as a step toward her dream of becoming a film actress. During the class she participated in an exercise where each student gave her the same compliment until she could repeat it back with conviction. When it came to embodying the compliment “you’re talented” she was stuck. “Tears started coming down my cheeks. I felt after the exercise why am I not owning that I’m talented?”

Soon after Herman discovered this internal roadblock, she went to see Mikhail Baryshnikov’s one man play. She was inspired to create and star in her own one woman play. But she was immediately struck by self-doubt. Thinking she couldn’t do it because she wasn’t Baryshnikov. Herman and Baryshnikov had performed together as principal dancers.

“Why can’t I put myself in the same category?” questioned Herman. “I made the decision that I need to accept my talent,” says Herman, effectively unlocking opportunities to follow her dreams. The one woman play took shape fast as the venue for the live show had an opening in just three months-time.She got busy getting in shape, choreographing, and developing the script with screenwriter Jennifer Van Sijll amongst many other things.

Layers of multi-media were used during the show to help tell the story. Photos from Herman’s life were projected, voiceovers were used to add characters, and film clips of Herman’s ballet performances were all incorporated into the play.

An overwhelming standing ovation at the live performance and endless compliments at the reception flowed from Herman’s appreciative audiences. “I must be doing something right,” Herman says of the response to her play.

Currently, Herman is developing a movie around the premise of her play. Her dream of being a film actress is approaching reality. “I never want to feel frustrated that I didn’t follow my dreams,” says Herman. “Not that it’s easy. It takes a lot of courage and a lot of strength. It’s huge when you make the commitment that you’re going to do it.”

Find episodes of “The Stephanie Herman Show” and more at her<strong> <a href=” www.stephanieherman.com“> web site.</a></strong>