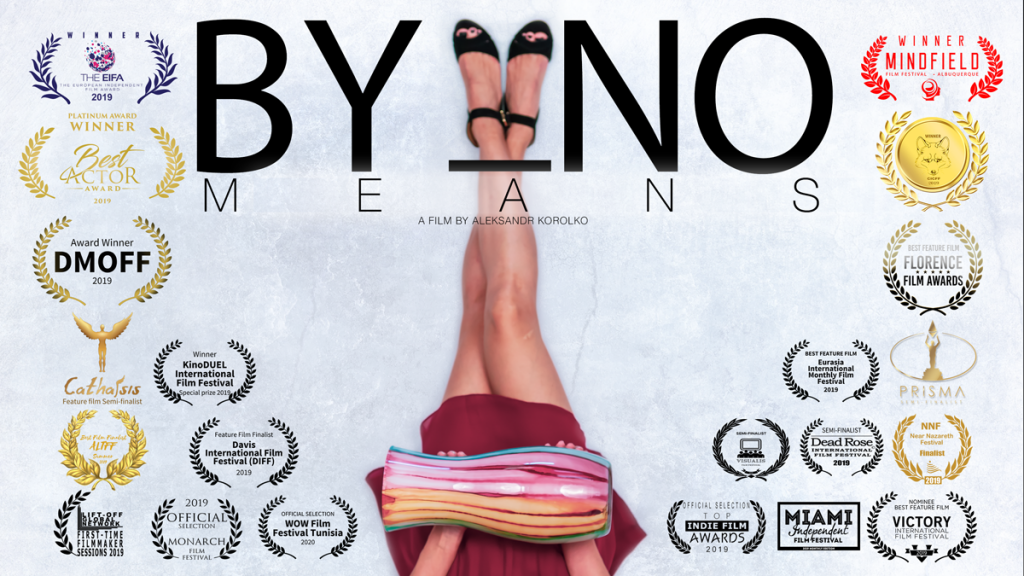 Last year, director Aleksandr Korolko premiered his first feature film “By No Means” at the Midpen Media Center. Cast, crew, and special guests celebrated the completion of the ambitious suspense-filled family drama. The film has other connections with Midpen Media, including staffer Pedro Arenas’ work on the film as a cinematographer and the use of the studio’s green screen technology to create professional-level backdrops.

“By No Means” has recently been released for streaming on Amazon Prime and is included with Prime membership. Watch the film festival sensation on your screen today!