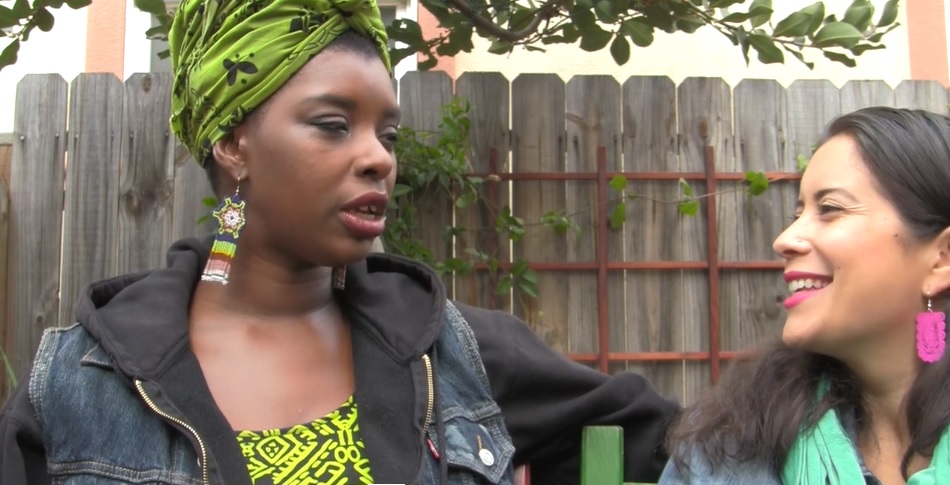 In 2015, Renee Marchol, a Midpen Zoom-In student film producer, chose to profile a new girl troop based on the scouting model in Oakland, CA. Marchol sat down with founders, Marilyn Hollinquest and Anayvette Martinez, in her film “Co-Founder Chat – Radical Brownies.” The group since rebranded to Radical Monarchs, a youth activism troop for girls of color.

The three-minute film shares the intent of the founders to create a sisterhood between the girls, encouraging self-sufficiency and the ability to unite to overcome social challenges. The community-media-produced documentary exposed the story of the Radical Monarchs to a wider audience, including online media outlets and criticism from hate groups.

Marchol’s film brought the Radical Monarchs troop to the attention of national media outlets like Ms. Magazine, BuzzFeed, and was included in PopSugar’s coverage. Unfortunately, Marchol also began receiving hate mail over social media from racist groups. Accused of “stirring up race issues,” Marchol concluded that she found a story that needed to be told.

Currently, a full-length documentary on the radical girl troop is in production with a short version already available to watch on The Guardian website. https://www.theguardian.com/world/ng-interactive/2017/jan/06/radical-brownies-berets-badges-and-social-justice-video
Filmmakers Linda Goldstein Knowlton and Grace Lee follow the girls on protest marches and visits to important Black Panther sites and to drum circles and classroom discussions led by transgendered and disabled people. The Guardian film shares glimpses into the girls’ world and how the Radical Monarchs lesson plans speak to their social and cultural identities.