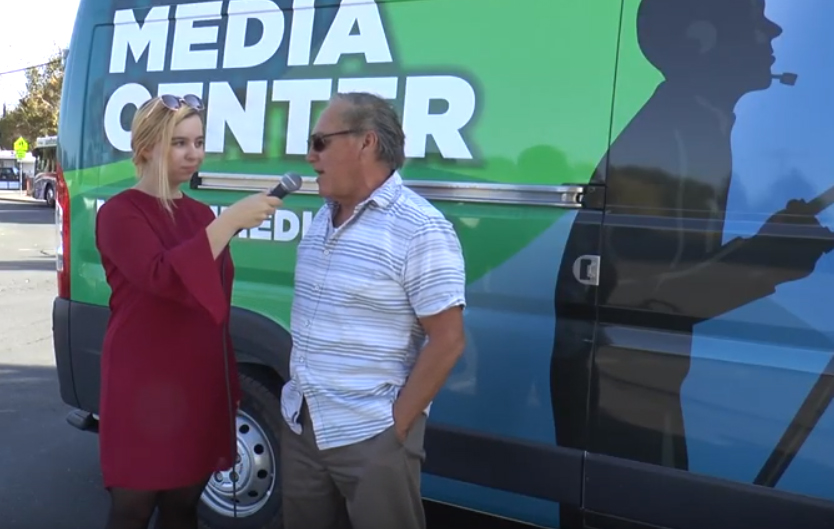 Sunday October 20th marked Community Media Day, with access television stations like Midpen Media all across the country celebrating the importance of community-generated media in different ways. In addition, Free Speech Week began on Monday, October 21st. We here at Midpen Media decided to celebrate the two by sending a camera crew and our high-tech production truck to various locations throughout our community to interview people on what Free Speech means to them. In addition to collecting some great sound bytes for a PSA on Free Speech, we were also granted proclamations from both the cities of Palo Alto and Menlo Park officially marking the date as Community Media Day in their cities. Board president Sue Purdy Pelosi and Executive Director Keri Stokstad attended the Menlo Park City Council meeting on Tuesday, October 29th to receive Menlo Park’s proclamation in person.

Through the course of Free Speech Week, visitors to the production truck learned about what Midpen Media has to offer. “A valuable part of our being in the community was actually the time spent talking to people walking by off-camera,” said Emily Parent of Midpen Media. She spoke with a group of kids who were interested in checking out the cameras, mics and other equipment. “One kid took the microphone and pretended to interview me!” she added. The kids learned about Midpen Media’s MC Sports Broadcasting summer camp and opportunities to cover real sports games throughout the year.

A man who stopped for an interview got details on how to rent media equipment from Midpen Media. He’s thinking about creating videos about businesses in his community and Midpen Media can help him make his project a reality. True community media in action! We also had the opportunity to reconnect with a volunteer who helped out in the studio during the ‘90s. They were happy to see the new production truck out on the road and to know Midpen Media is still an indispensable resource for spreading free speech. 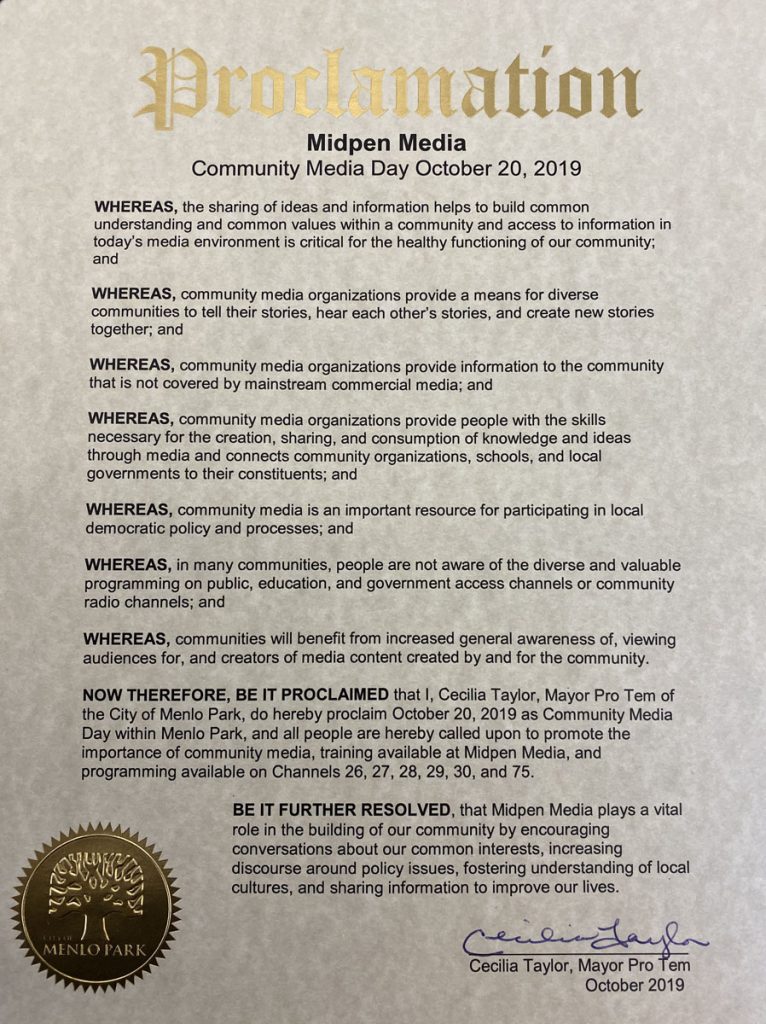 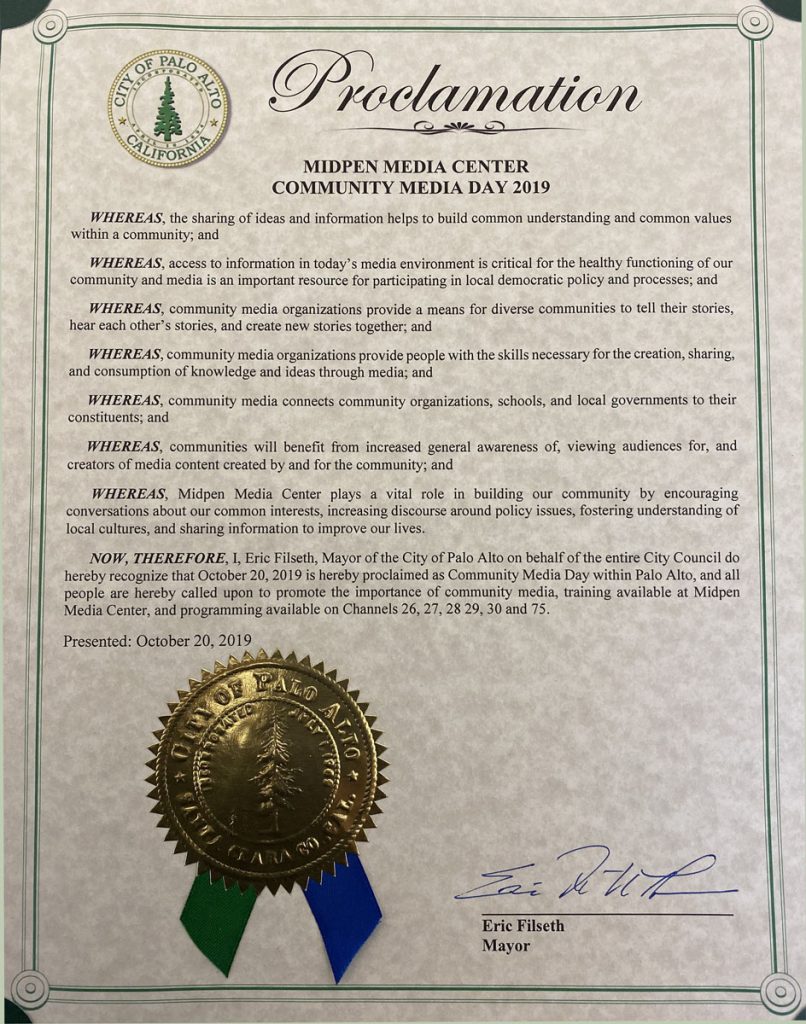