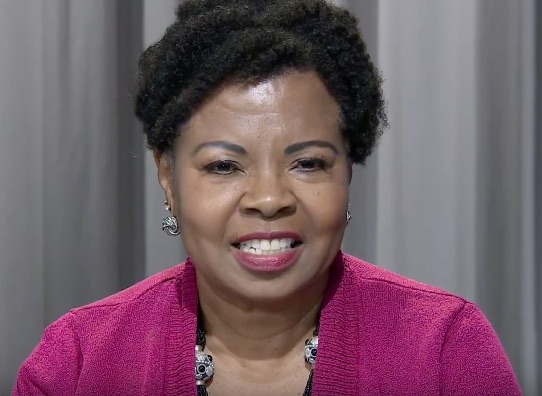 Burroughs argues that her television show covers important local topics and the fact that East Palo Alto Today newspaper and news website exist eliminate any news desert. Burroughs says, “The reason I started the East Palo Alto Center for Community Media to start media outlets in East Palo Alto was because the community was not covered adequately at all.” She notes that the mainstream media coverage of the city focuses on the negative like high crime rates. “Now that crime has considerably decreased you don’t read necessarily many news stories about that.”

Community media outlets that Burroughs has created, Talking with Henrietta and East Palo Alto Today focus on real issues and topics of interest to the community. A recent television show titled “Challenging a High Tech Giant,” focused on why people in East Palo Alto came together to protest against a large technology company leasing space in their neighborhood. The cover story for East Palo Alto Today’s August issue is “Target Comes to East Palo Alto,” capturing a celebratory store opening and community win.

The Midpen Media Center not only provides a platform for Burroughs’ show but the Media Center also has a hand in eliminating local news deserts. The Media Center is an indispensable resource, according to Burroughs for broadcasting city council meetings and other government agency meetings to the public. She says, “People do have the opportunity to tune in and find out what’s going on. So even in that respect, there’s information, there’s access to information that residents have. Even without having the newspaper.”

Burroughs confirms that there are gaps in news coverage about East Palo Alto. But the East Palo Alto Center for Community Media news outlets and the Midpen Media Center have made much progress in reporting on the community. In a move to bring even more coverage to the area, East Palo Alto Today will be published once a month, instead of once every other month, with the next issue being released in September. Burroughs says, “There isn’t a news desert, there might be a void, there are gaps. In my editorial, I talk about the gaps, but not a desert and there’s a big difference.”