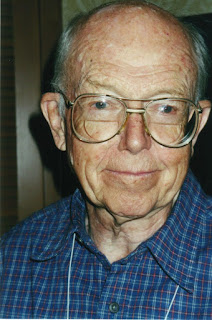 The Media Center Family mourns the passing of the amazing visionary and loving human being George Stoney. George Stoney died at the age of 96 yesterday peacefully in his home in New York City.  George  is the “father” of Community Access Television.  An icon in the world of documentary filmmaking and grassroots media,  he has been personal mentor to scores of learners and leaders in the world of  community TV, including our own former Executive Director Elliot Margolies and our current ED Annie Folger.  This is a sad day for our MC family here in Palo Alto and for the 3000 access centers across the US – centers that would not be here but for the pioneering vision of George Stoney.

Stoney’s career spanned more than half a century, producing film and television that focused on issues of racial justice, social responsibility, community and freedom of speech. An early advocate of video as a tool for social change, Stoney founded public access programs throughout the United States and Canada.  Here’s a quote from George from an interview on Democracy Now in 2005:

George Stoney: “I started in the state of Georgia with a little educational program, and before long, I found I was making films for people who should be making them themselves, but at that time, as you know, it was film and it was much more complicated. Now, with this user-friendly equipment, there’s no reason why people should not make their own programs. And now we have an outlet with public access. We look on cable as a way of encouraging public action, not just access. Social change comes with a combination of use of media and people getting out on the streets or getting involved. And we find that if people make programs together and put them on the local channel, that gets them involved.”

This writer met George at a conference where his very arrival was heralded by a hush across the room and the admiring whispers of those who have learned at the feet of the master.  And when George was officially introduced, he was greeted by a standing ovation and thunderous applause.  Eschewing any red-carpet pretensions, wearing a Woolrich shirt and his signature cap, George was characteristically self-effacing.  He never looked backwards in praise of his own accomplishments only forward to the next project with an undying enthusiasm and unyielding hope in the ultimate triumph of individual vision.  He put the vision back into “television”.

We will miss George Stoney.  We are grateful for the way that he transformed our lives one video project at a time, one TV program at a time, one community access station at a time.