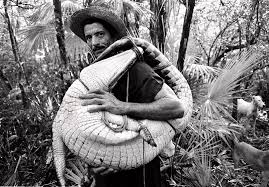 Until recently, travel to Cuba from the US has been severely restricted. For half a century US visitors were sparse and only allowed to venture to Cuba as part of rare cultural exchanges and educational trips. Such trips were arranged down to every detail and in most cases heavily supervised. Foothill College Photography Instructor, Ron Herman, has conducted his students on such trips to Cuba numerous times. “A cultural and physical landscape so different from our own is an inspiring laboratory for any student of photography,” Herman says. While on one of his trips to Cuba, Herman became a fan of photographer Raul Canibano and arranged for his students to work with him. As diplomatic relations between Cuba and US warmed, Herman was anxious to bring Canibano and his work to the Foothill College.

As a young man, Canibano worked as a welder but a chance meeting with a professional photographer sparked Canibano’s interest in photography. Making photography his career didn’t occur to him until he walked into the Fototeca de Cuba art gallery in Havana in 1989 when he was 28. Inspired by photographer Alfredo Sarabia’s surrealistic approach to landscapes, Canibano wanted to do the same thing but with people. Within a few days of the Sarabia exhibition, Raul Canibano traded in his blowtorch for a camera and started his journey. Canibano’s thick portfolio traces the story of a quarter century of Cuban life, a culture deeply isolated due to the trade embargo imposed on it by the US.

With a little hoop jumping, Herman made arrangements to host Canibano on January 21, 2015. Canibano would speak at the opening of an exhibit of his work. Herman was confronted by grim budget realities. Wanting more than press in the local papers, Herman wanted a lasting record of this historic world event. Herman asked Midpen Media Center staff to recruit a crew to cover the opening gala. The volunteer team, lead by Mary Skinner, not only covered the event, but the team shot an exclusive interview with Canibano himself. This coverage inspired them to create a documentary that shows the relevance of Canibano’s work for present and future generations to experience.

Art Historian William Casellanos has called Canibano the most “iconic and prolific documentary photographer working in Cuba today.” Casellanos praises Canibano for the “dignity and intimacy” with which he captures “Cuba’s national identity at the end of utopia.” With the influx of wealth and investment bound to pour back into Cuba after a half a century of isolation, Cuba is poised for change. Canibano’s portraits document a unique time in Cuba’s history. Beyond their historical significance, Canibano’s work hopes to inspire its viewers with images of the indomitable human spirit created by the artificial boundaries of war, ideology and politics. The images convey the pain, the joy, the love, the suffering and the intimacy of Cubans’ daily lives. Canibano shows us our sameness with a people that generations of Americans really know little about.

That Herman could bring Canibano here ahead of what is sure to be “Canibano fever” sweeping the art world is pure serendipity. With this opening up of doors between the US and Cuba, it is expected that appreciation for Canibano’s work will soar, proof positive that art survives when war slips into the annals of history. The heart of human stories beats longer than political regimes.

* If you want to learn more about the changes coming to Cuba and US relations , “Other Voices,” a monthly TV show produced in the Midpen Media studio by Peninsula Peace and Justice Center, covered Cuba in their May episode. Guests include Karen Lee Wald, researcher and writer, expert on Cuba and Richard Hobbs, Executive Director of Human Agenda.


2 thoughts on “Cuba Through the Lens”