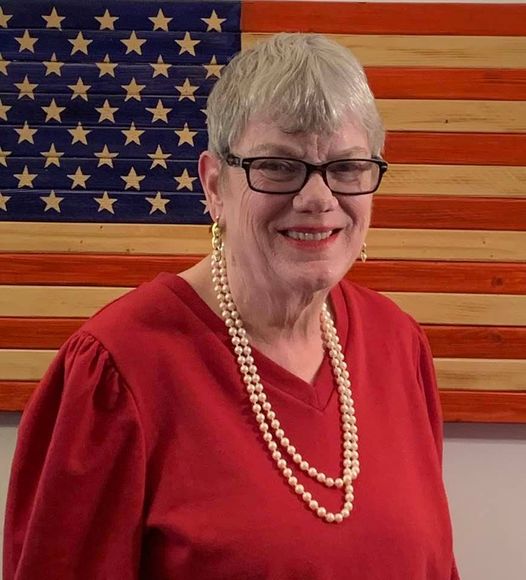 Sheryl Shaffer has been producing her show, Veterans Helping Veterans, in the Midpen Media studio for 25 years. As a not-for-profit program, she created this show with the intention of boosting awareness about support for veterans and bringing the veteran community together. Sheryl herself is a Vietnam veteran, and a descendant of revolutionary war hero Capt. Jacob Hendershot. Sheryl is proud to be a veteran, and has dedicated much of her life to making a difference for other veterans. It is this dedication that motivated Sheryl to continue producing her show on Zoom when the COVID-19 pandemic prevented her from accessing our studio.

The Presidio Chapter of the Daughters of the American Revolution, a lineage-based membership service organization for women who are directly descended from a person involved in the revolutionary war, recently honored Sheryl’s persistence by naming her as the DAR Service for Veterans State Winner. She will receive this state-level award at the Daughters of the American Revolution’s online conference on March 4th. Sheryl tells us that, while she wasn’t expecting the award, she is honored to be recognized for her efforts and proud to be making our community more welcoming for veterans. She also takes great pride in having mastered independent video production without the help of an HD studio and technical support team. “I produced my first Zoom show in March,” she says, “and I knew it was the answer.” Sheryl’s only teammate throughout the pandemic production process is recent UC Riverside graduate Richard Gonzalez, with whom she connected through the UC Riverside Veteran Office.

Sheryl is also celebrating the acceptance of one of her productions as a finalist for the Alliance for Community Media’s WAVE Awards. The hour-long program, titled “Sisters in Arms: Tell Your Story” documents the experiences of women veterans. Filmed entirely on Sheryl’s iPhone and edited with iMovie, Sheryl is particularly proud of the fact that she produced this program independently.

We are very proud of Sheryl and all that she’s accomplished!, She’s been a huge presence in the Midpen Media community as a volunteer, producer, and friend for much of its existence. You can check out her past productions on the Midpen Media Center Youtube channel and on her website.

This article was updated on March 4th, 2021, to clarify the award with which Sheryl was presented.