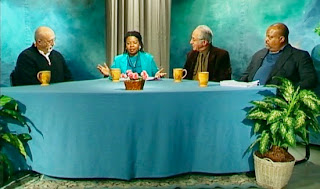 Scientists and governments around the world have expressed concerns about the effects of global warming. These concerns have only increased over the years. Scientists and representatives from various countries have held meetings to discuss climate change and to work out agreements to lessen the damaging effects projected climate changes will have on our world.
As an expression of this concern globally, governments adopted the Kyoto Protocol in 1997 to set binding targets for 37 countries to reduce greenhouse gas (GHG) emissions, which have accelerated global warming. In 2006, the California State Legislature signed into law AB 32 the Global Warming Solutions Act of 2006, which set 2020 as a goal for cities to meet preset standards for reducing greenhouse gas emissions.
Given the worldwide concerns regarding global warming and the federal and state regulations that have gone into effect related to it, the latest edition of Talking with Henrietta discusses climate change and global warming from a local perspective. The show’s host, Henrietta J. Burroughs speaks with three guests on the show: local artist Michael Killen, Edwin Sheffner who is the Deputy Division Chief for the Earth Science Division of the Ames Research Center at NASA and East Palo Alto’s Redevelopment Manager Russell Averhart who is working on a climate action plan for East Palo Alto. During the show discussion, the guests talk about what is being done locally to address some of the issues involving global warming, specific steps one local city is taking and things individuals can do to lessen the effects that climate change will have on future generations.  A video excerpt from the show can be seen below:

Additional information about the show is provided on the East Palo Alto Today website.

Click here to find out when this and other episodes of Talking with Henrietta will be played on our channels. All programs can be watched on the Media Center’s webstream anytime they are programmed.

(This blog is part of a new series of “guest blogs” submitted by our producers to highlight guests and topics on recent programs produced at the Media Center.)