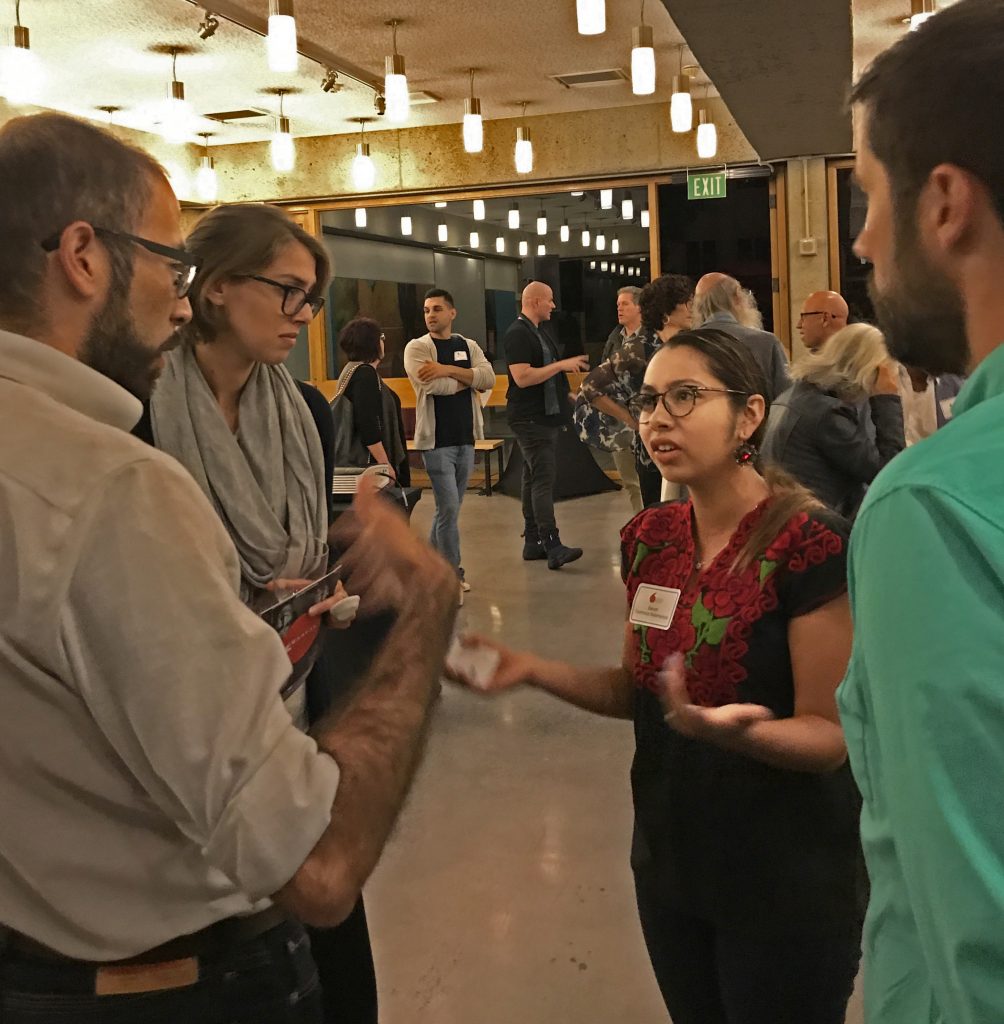 By Elliot Margolies
Sarahi Espinosa Salamanca gave a storytelling presentation at a September gathering of the Cal Humanities Board of Directors and their most recent grantees who will begin documentary projects of California stories. There seemed to be a run on Kleenex as audience members and Sarahi herself dried their eyes.

Sarahi told a story about growing up undocumented while also a star student in school. She only found out she was undocumented when her application for Federal Student Aid (FAFSA) to attend college was denied because she had no social security number. It left her shocked and hopeless. But a few years later, she was the national winner of a $100,000 award based on her presentation to build an app for DREAMers that fully informs them about college funding opportunities. She’s now the CEO of the popular free app, “Dreamers Roadmap.”

The Midpen Media Center has been singled out twice by Cal Humanities over the past year for the poignant collection of stories that project participants presented. Project Coordinator, Elliot Margolies, was asked to address the last Board of Directors’ gathering in Sacramento in January. Margolies says, “It is a privilege to give back to Cal Humanities after receiving their tremendous support to implement the project.”