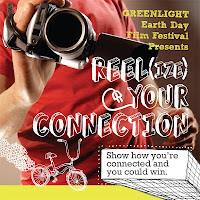 The Media Center announces the finalists in the 7th annual Greenlight Film Festival contest.   The winners will be announced and honored Thursday, April 19, 7 pm at a Screening and Awards ceremony at Cubberley Theater in Palo Alto.  The event is free and open to the public.

The festival is open to all ages but has categories targeted specifically to middle schoolers and high schoolers.   The festival was conceived by the late Jim Burch, a beloved former Palo Alto mayor, activist and Media Center advisor. The purpose of the festival is to raise awareness of the environment and to transform the way individuals and the community think about and impact the environment.

“Creating a short video is not only something the kids like to do, but it gives students an opportunity to learn while producing a work of art,” says Brad Sanzebacher, the Youth Services Coordinator for the Media Center, who is one of the chief organizers of this year’s festival for the Media Center.

This festival is sponsored by the Media Center, the Palo Alto Weekly and Palo Alto Online plus the cities of Palo Alto, Mountain View, Sunnyvale and the City of San Jose Silicon Valley Energy Watch.  A special grant from Silicon Valley Energy Watch made possible the Media Center’s extended outreach into all of Santa Clara County’s schools.  In addition to the honorees in each category a special prize will be awarded for the first time this year.   The Community Energy Champion Award  will be awarded to the film that best and most creatively inspires the community to seek ways to save energy.

A panel comprised of environmental and film and video industry professionals as well as local students judged this year’s entries.  The finalists will be screened and prizes awarded at the Cubberley Theater, 4400 Middlefield Road, Palo Alto at 7 pm on Thursday, April 19, 2012.  The event will be hosted by the Media Center’s Louise Pencavel and former Palo Alto Mayor and environmental activist Peter Drekmeier. The event will also be broadcast live on Comcast Channel 28 in the greater Palo Alto area, and can be watched streaming at midpenmedia.org/stream.

The producers and finalists in each category are:

Middle School
Erin Mittman for Puppy Tells How to Save the Planet
Johannes Neubrand, Jannik Moeller and Pave Trirchkov for How To Be Green
Emily Zhang and Maggie Rosenthal for Transportation
Girl Scout Troop 60123 for Save the Creeks!
Colin L, Sherris Washington for Saving Energy

High School
Megan Feroglia, Janna Wang for Redefining Wires
Jason Li for I Have a Dream
Emily & Olivia Porat for This Afternoon
Brittney Badduke for The Carpool
Rachel Bilchak, Stella Bates, Jacob Morison, Daniel Resz for Down the Storm Drain