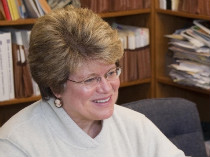 Beth Charlesworth is a member of our ZOOM IN Video Production Collaborative and attended the NAB (National Association of Broadcasters) Trade Show in Las Vegas last week.  Here are some of the fascinating things she learned. Thank you, Beth!
Beth told me to cut it down, but I couldn’t stop reading it and wouldn’t know which super valuable information to trim… so please either read the whole thing or skip to the topic that interests you:
3D Content – it’s here to stay!
Democratization of Content Creation – Playing Field is Level but it’s Harder and harder to make a living in the business!
Filmmaker Kevin Smith
Canon’s Explorers of Light Series on Photographers and Cinematographers
Computing in the Cloud – Rendering Made Faster
Products:  Final Cut Pro 10, “Get” from AV3 Software, Video Camera GoPro and a 5″ OLED monitor from Sony

Final Cut Pro 10 was introduced at the FCP Users’ Group Supermeet Tuesday night.  It is a radical improvement (not simplification) of the software.  Examples: inserting clips in the timeline with no disruptions in the timeline; ability to sync multiple-source audio to video, ability to make selections of areas within the frame to be adjusted for color, brightness etc.; color-matching of entire palettes between clips (an example was shown of clips of the same subject filmed at different times of day being matched so that all were made to conform to the color palette of light in the designated clip).    Version 10 will be out in June for $299, regardless of upgrade or new purchase.  Apple rep wouldn’t say whether all of Final Cut Studio will be upgraded at the same time.
Get from AV3 Software:
“Get” is designed for use with Final Cut Pro in editing spoken audio – interviews, dialogue, etc.  Enter a word (or multiple words, a phrase, or combinations of these), and Get will search your audio, identify where it occurs, provide a list of those clips in the browser.  Get searches an hour of audio in 1 minute.  When one of the identified clips is opened in the viewer, the timeline at the bottom will have color-coded dots on it marking where that word can be found.  For example, if I search my audio for mention of Palo Alto, Mountain View, and/or Menlo Park, Get will give me a list of all clips in which any of these terms occurs, to move into the browser.  The list will have color-coded dots beside each clip (i.e. blue for Palo Alto, red for Mountain View, yellow for Menlo Park) indicating which term appears in which clip.  When I open one of the clips in the viewer, the timeline below will have a blue dot wherever Palo Alto is mentioned, a red dot wherever Mountain View is mentioned, a yellow dot wherever Menlo Park is mentioned.  Can be downloaded for $249 at www.getphonetic.com.  Peter Ramsay from AV3 said they will give substantial discounts to nonprofit organizations who provide proof of nonprofit status.
GoPro: available now is the tiny, about 3” square, $299 Hero video camera which takes beautiful 1080p video under extreme conditions, as well as time lapse stills.  Waterproof to 180 ft. depth.  See examples of video at www.gopro.com.  Demonstrated at NAB but not yet on website: 3D GoPro video camera, only slightly larger.  Viewing video in 3D requires 3D glasses and 3D display.  NAB attendees (including me) stood around a large 3D TV display with jaws dropped, watching surfers appear to shoot out of the screen at us.  Comes with attachments for helmet or on-person wearing OR surfboard mount OR car mount, as well as various mounts available separately.  All Hero HD cameras are the same, only mounting accessories differ.  Standard-definition Heros also available for lower price.
4.     SONY 5” OLED monitor for DSLRs, with peaking: Very sharp, very bright, and with surrounding screens for outdoor use as well as indoor. Mounts on hot shoe or on rails.  Peaking feature shows parts of image which are in focus.  Should be very useful for DSLRs such as Canon 5D Mark II, where is difficult to focus using LED display on back of camera. (I ordered one!)  At around $400, much less expensive than other monitors for DSLRs.

NAB is enormous, crowded, and exhausting.  Take heavily padded walking shoes.  There is a reason for the (real) massage therapists giving back massages in chairs lining the central hall.