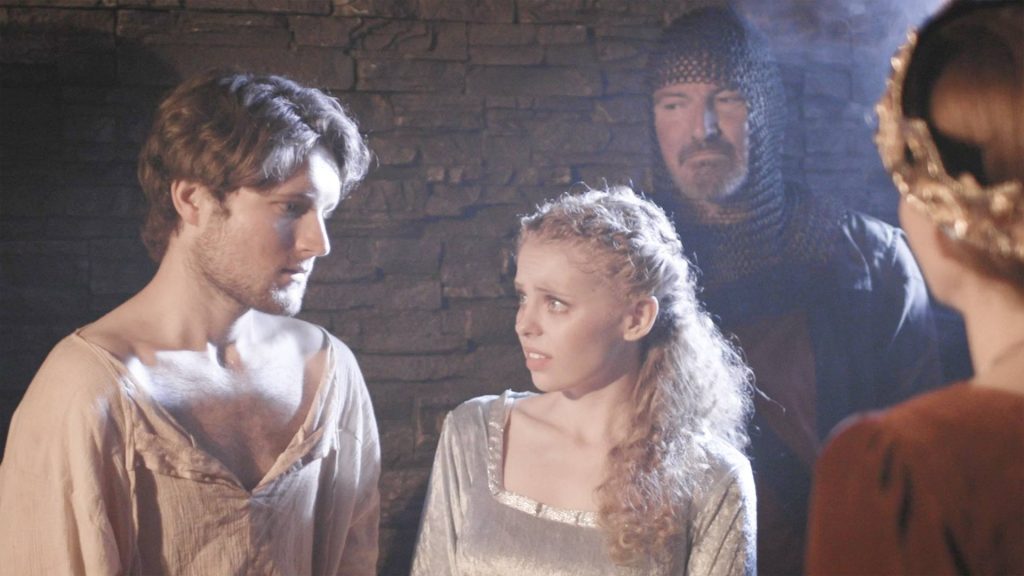 Ominous, brooding music and flickering torch flames open on a familiar dungeon scene where a barefoot prisoner is held captive. He clinks in his chains and is flanked by guards in chainmail. The prisoner’s fate is to be decided by his captor, the towering queen. In Midpen producer Mark Keavney’s latest film project, Game of Chairs, this standard torture scene is reinvented through parody.

When Keavney, a huge Game of Thrones fan, was searching for a new short film topic, the idea to spoof one of his favorite TV shows came to him. Because Thrones is so extreme Keavney says, “that makes it ripe for parody.” The popularity of Thrones creates the potential for this funny homage to go viral on social media. As of right now the film short has 700 views on YouTube and 10K on Facebook due in part to its producers’ active promotion of it.

During the production process, the short film had a lot of support from the local film community. Once Keavney completed a draft of the script his fellow writers at the Scary Cow film co-op gave their feedback on how to make it stronger. Through the Scary Cow community, Keavney recruited his film crew, found a set builder and a place to shoot the film. About 100 high-quality actors auditioned via Skype or video recording to snag parts in the short film. Midpen’s own Stan Ng was the film’s sound recordist creating the sound design and mix, and recorded audio on location.

The film made its debut at the Scary Cow Film Festival in November 2018 at the Castro Theater in San Francisco. The online version has been available for viewing since December 2018. Support a new brand of torture and help Game of Chairs go viral. Watch it, like it and share it.