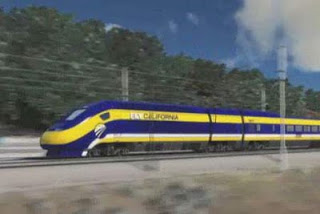 5 Hour Show to be Replayed Throughout October

The Peninsula Cities Consortium (PCC) is made up of official representatives from the cities of Atherton, Belmont, Burlingame, Menlo Park and Palo Alto. PCC was formed expressly to foster collaboration between the five cities and the California High Speed Rail Authority (CHSRA). On Saturday, September 12, a HIGH SPEED RAIL TEACH-IN was held at the Cubberley Pavilion in Palo Alto from 9am-4:30pm. Five hours of video tape was shot by Ana Simoes, a member of the Media Center Community. The tape was edited at the Media Center by our own Nancy Brown and will play back as a 4 hour and 48 minute Crash Course on the High Speed Rail project. The program is comprised of two 1.5 hour panel discussions with Q&A Additionally there is an Open Space Technology Session. The Teach-In was organized by PCC and was hosted by the City of Palo Alto in cooperation with Caltrain and CHSRA. “This Teach-In” is guaranteed to do some myth busting.