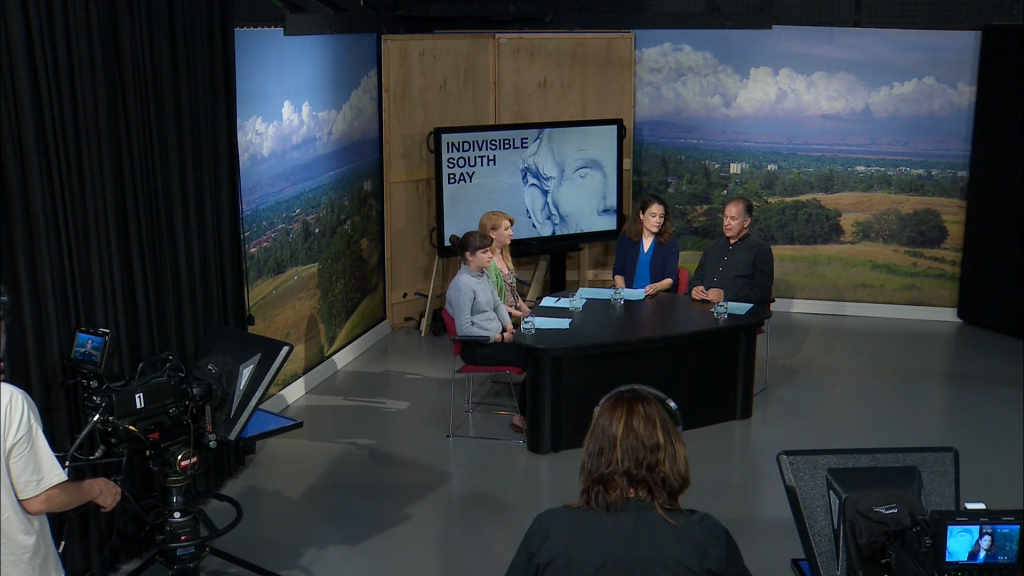 Indivisible  is a national network with approximately 6,000 chapters working to engage members of congress to resist Trump’s agenda. The groups sprang up organically this year after Trump’s presidential win. Progressive voters organized around the Indivisible Guide, a short document providing tactics for influencing local members of congress to bring about change on the federal level.

Indivisible studied how the Tea Party gained influence over the past few years and decided to implement some of their tactics from a progressive viewpoint. Edgar points out a major difference between the Tea Party and Indivisible: the Tea Party created fiction like the “death panels” in response to the Affordable Care Act. Edgar says, “We can do this by putting the truth out there and letting it stand for itself.”

Members of Indivisible South Bay are organized into topical subgroups in order to focus on specific issues facing the nation. These smaller groups work to collect, organize and understand the available data. Each episode of the television show will represent one of these topical issues being examined by ISB. Upcoming episodes will focus on how to sort through the changing information surrounding the Trump/Russia relationship and what people living in a blue state can do to effect change.

Edgar’s approach to producing the series is to challenge viewers with the information ISB presents and have viewers come up with their own interpretation of the facts. For example, the Trump/Russia episode introduces a “cheat sheet,” a huge spreadsheet with information about Russia, Trump and their connections. “We try to introduce tools and places to go, software to use, and information sources so that people can follow up and actively digest the information as it continues to come in.” says Edgar.

The show’s panel discussion is supplemented with on-screen quotes, facts and graphics. “With a background in film, I’m big on having something on screen that hasn’t been boiled down to a roux,” Edgar says of the show’s visual media mix.

When Edgar became a part of ISB, he searched for a way to best support the group, “I didn’t think there were many places to find these progressive thinkers, researchers and information. I wanted to get it out there.” To date, the show is being viewed globally through Indivisible chapter websites and Midpen Media’s YouTube channel and locally through MidPen’s cable channels.

If you’re looking for a community organization to help you get through the Trump years, Edgar encourages you to attend a local Indivisible meeting and view the video series. ISB welcomes feedback and questions about the show, and is open to suggestions for new investigative topics.

Email us your comments.