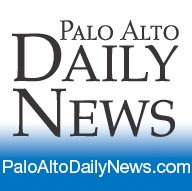 Daily News Staff Writer Romtin Rezvani, of Los Altos, knows what he wants to do for a living. Rezvani was one of eight sixth- through 12th-graders attending the MC Sports Broadcasting Camp at the MidPen Media Center in Palo Alto this week.

“I want to be a camera guy when I grow up,” Rezvani said Tuesday. “It’s fun setting up the camera and using it. I want to do sports because I’m a big sports fan. I’m a big fan of the Giants, the Warriors
and the Sharks.”

Camper Max Pelczarski, who will be a seventh grader at Jane Lathrop Stanford Middle School in Palo Alto, wants to be a color commentator one day. After his first day of camp, Pelczarski was merely thrilled to learn about how to handle television cable. “Cable-wrapping is the best part of the camp so far,” said Pelczarski, a fan of former Warriors coach Mark Jackson, now an NBA commentator. “I learned how to do that the first day. It was fun.”

Producer Chuck Alley has as much fun running the camp as do the campers taking part. Last year, Alley held three one-week camps. This summer, there are six camps with campers paying a $485 fee — with the exception of next week’s camp at the East Palo Alto YMCA. That camp, already full with 14 campers, comes free of charge.

It was 1991 when Alley got out of film school. He came to work in the very truck that he uses now to teach all aspects of sports broadcast production. “I’m using the same equipment,” said Alley, who lives in Mountain View. “It was a long time ago. The truck is about 33 years old.” Three years ago, Alley came back to MidPen Media Center after working elsewhere. Program Manager Becky Sanders talked to Alley about a fresh idea to help local youths and save money, simultaneously. “I saw the truck was sitting there empty and wasn’t being driven,” Alley said. “She asked me if I had a minute. I said, ‘Sure.’” Sanders and Alley talked about having middle school and high school kids volunteer to take the truck out to telecast local sporting events.