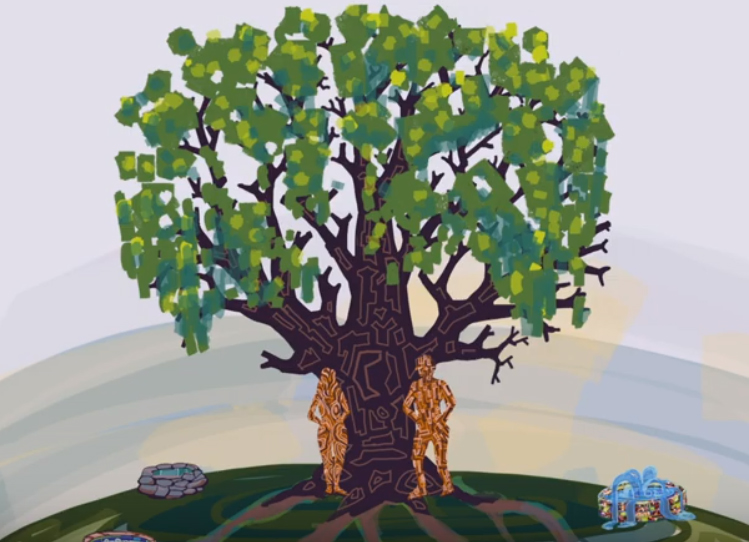 A shared connection of place and a desire to fully experience nature brought “Timeless Tales” producer Ginny Anderson and Danish singer/songwriter Maria Elizabeth Hersing together. On a trip to Denmark to find her familial home, Anderson stopped Hersing on the street to identify a photo of her grandfather’s home before he immigrated to the U.S. As it turns out, the house is now Hersing’s home, and she invited Anderson over for a tour. “I believe that Maria Elizabeth and I have a karmic connection,” says Anderson. “How else do we account for our serendipitous connection at our first meeting, coming together from continents apart?”

Anderson gave Hersing a copy of her book “Circling San Francisco Bay:  A Pilgrimage to Wild and Sacred Places,” and the pair visited sites from the book together. “She resonated with many different aspects of the natural world that had resonated with me as well,” says Anderson. Hersing transformed her experiences of nature in the Bay Area and inspirational passages from the book into songs. 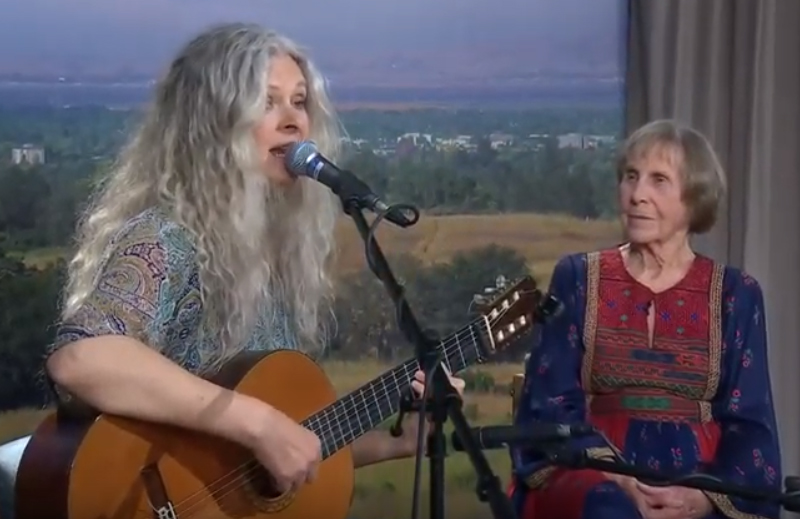 As a guest on The Tree of Life episode of “Timeless Tales,” Hersing performed an original song “Eucalyptus Grove” that melded her lyrics with Anderson’s writing. Both Hersing and Anderson help people experience nature’s lessons through guided tours. In Denmark, Hersing hosts concerts for people from creative and scientific backgrounds after a day of exploring and interpreting nature in a variety of ways.

Mid-way through the show, Anderson tells the Old Norse tale “The Tree of Life” set to animated illustrations. “The story of The Tree of Life reflects our current place on the planet, which is on the brink of extinction of life as we know it! As the story unfolds, we can tune in to its guidance for this moment in time,” says Anderson. This particular story is the ancient guide on how to avoid extinction, she says.

Midpen Media volunteers Jill Andre created colorful modern versions of the story’s ancient characters, while Toni Gooch spent countless hours editing, compositing, and animating the story. “The images of the Eagle and the Hawk reassure that all the hanky-panky is being seen, the dragon at the roots of the Tree of Life acknowledges the intensity of the attack on life itself,” says Anderson. “The squirrel going up and down the tree is so graphic, so like the political squabbling that itself is a threat to the life of the tree!”

Find out how the gigantic tree with branches reaching into the universe and deep roots hold firm from inside the earth to endure countless past and present disasters on this episode of Timeless Tales. “Even in this time of immense turmoil politically and environmentally, we can be carriers of the water of life in even the smallest ways,” assures Anderson.