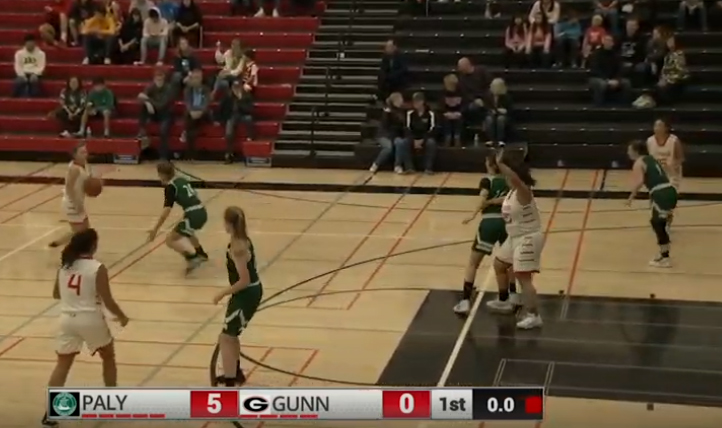 The MC Sports youth broadcasting crew is busy this winter covering both boys’ and girls’ local high school varsity basketball. The Palo Alto Paly girls versus San Jose’s Lynbrook game aired on Bay Voice channel 27 to viewers in a dozen Peninsula cities. Six games featuring Gunn, Paly, and other area teams held in January and February will be broadcast live to channel 28, then posted to YouTube about a week after game time.

The youth crew of commentators, camera operators, and graphics team capture the excitement of the games. For each game, two to three commenters brush up on team stats, player profiles, and historical data to weave a story through the gameplay with narration, backstory, and jokes – just to keep it light. Camera wide shots capture the speed of play on the court, and close-ups pick up the emotion and skill of individual players. Accurate scoreboard and sleek replay integration put a polish on the game coverage.

If you missed a game, check out the MC Sports YouTube playlist to catch up with the action.