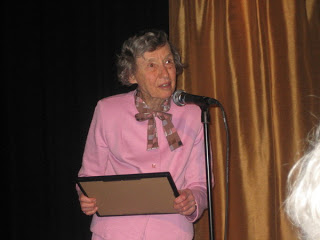 The public is invited to the fifth annual celebration of Local Heroes profiled by the Midpeninsula Community Media Center. A reception and free, public screening of highlights from interviews with the Heroes will take place at the Media Center on Sunday, April 17, 4 – 6 pm.

The complete TV programs about the winners, will air throughout the week (April 17 – 23) on the Media Center’s cable Channel 30.

The Media Center is honoring six heroes from the Midpeninsula who devote their lives bravely and selflessly–but silently–outside the limelight – for the betterment of our communities. The heroes and the TV playback times of the individual profiles are:

Thursday, April 21, 8 pm:
BARDI KOODRIN, survivor of countless illnesses who has turned her considerable writing talents to helping others who face similar adversities.

Friday, April 22, 8 pm:
EUGENE M. HYMAN, a Santa Clara County judge who has created an unprecedented program of early intervention with counseling, support and therapy for young people who have acted violently against family members.

Saturday , April 23, 8 pm:
ROBERT FREEMAN, creator of an organization that collects just one dollar from millions of high school students then uses the funds for infrastructure projects in developing countries.

All programs are simultaneously available via our Channel 30 webstream that is accessible on our web site.