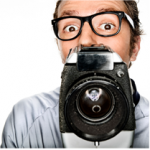 In early February, Zoom In staff and volunteers convened an extraordinary brainstorming session around strengthening and improving the Zoom In Video Production Collaborative.  Almost 10 years old, Zoom In was ready for a little spit and polish and that’s just what the program is getting in 2018. Based on the feedback we collected, we are paving new pathways for Zoomers to connect with staff, with one another and with media experts in the Midpen ecosystem. We are rolling out new workshops and new events to support, educate and enliven Midpen’s field production community.

For starters, the next Zoom In workshop begins on April 14th.  For those of you who have gotten your taxes in by then, what a great way to reward yourself!

And the popular Zoom In monthly mixers are back.   EVERYONE and ANYONE is invited on Tuesday, April 24 at 7 pm to nosh, network and nab some sound production ideas from Stan Ng.  For more information about the event click here.   .

Check out all the exciting dates on the Zoom In calendar. April Mixer – Getting Good Sound
Presented by Stan Ng
“Why does my video sound bad?”
• How can I get rid of that annoying echo when recording in a gym?
• How do I conduct an interview in the middle of a noisy street event?
• What is a “line out” at an staged event, and why is it so important to me?
• What is that hum, and how do I get rid of it?
• When should I use a lavaliere mic? Or a boom, a handheld? Why use a cardioid mic?

If you’ve ever gotten bad audio in your video recordings, you’re not alone. We’ve all been there. Stan Ng will share what he’s learned since being a part of Zoom In. Stan Ng began volunteering at Midpen in 2006, never having used a video camera, video editor, or a quality microphone before then. Today, he has close to hundred short film credits to his name, in camera and sound departments. He has done film sound recording and postproduction sound design for short films for several years as part of the Scary Cow film cooperative. A staff contractor at Midpen, Stan is a founding team member of Zoom In. Stan recently left a career at Intel to devote himself to video production work.