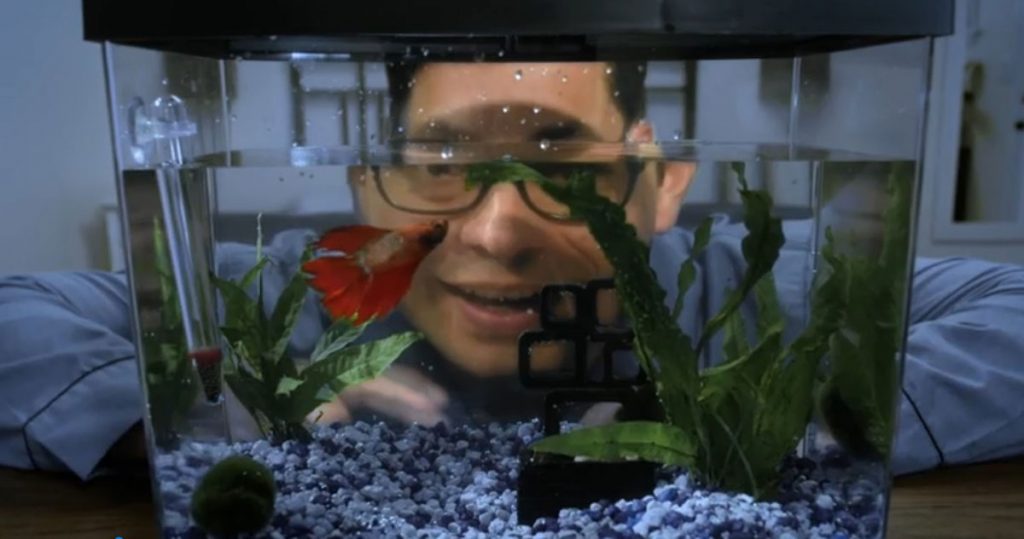 The premise for The Box, a short film by Mark Keavney, sprouted from the desire to keep production costs low and to constrain filming to one location. Thinking small, Mark picked an elevator as the main film location. Watching the short you don’t doubt that the shots come from inside an actual elevator but Mark reveals, “We ended up building the elevator that was kind of a big deal.” And they wound up filming in five different locations instead of just one. Although Mark had to expand his vision, the film delivers a metaphorical look at the concept of “safety” through its use of confined physical and mental spaces.

The Box is Mark’s first joint Scary Cow and Midpen Media Center project. Scary Cow, a film collective out of San Francisco supplied much of the short’s crew. Of both organizations, Mark says, “I was amazed that there was so much volunteer effort and people who are willing to give up their time to work on the film.” The project was filmed in studio at Midpen. Midpen’s edit suite was transformed into an onsite location becoming the leading man’s tiny office.
Mark’s journey with Midpen started when he was looking for a way to produce an improv show with his performance group. Mark says, “I was looking around to rent places and equipment. It was just hugely expensive and just impossible. And then I found out about the Media Center and I was amazed at what’s available there and the resources.” The resulting show, Peninsulators Improv had a successful run of episodes that are available on YouTube if you’re looking for laughs.

Mark went on to film his first Midpen produced short film, The Poisoned Cup, a Shakespearian style drama that’s available to watch on Vimeo. Audiences will have to wait to see The Box because Mark is currently entering it into film festivals.