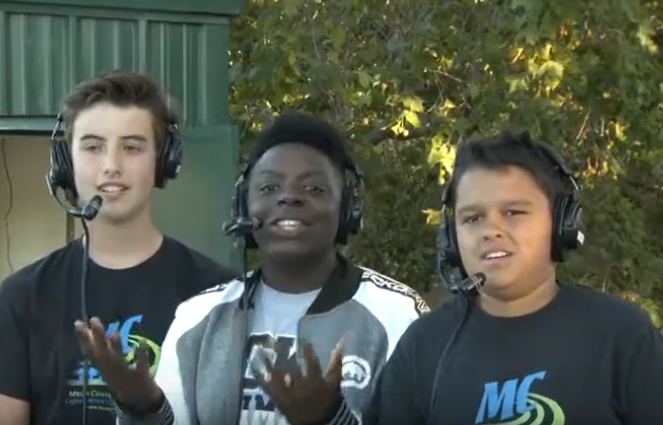 School’s back in session and so is high school football. MC Sports crew set up the mobile production truck at Paly High School in Palo Alto to film the first game of the season on Friday, September 6th. As varsity football teams the Paly Vikings and San Jose’s Overfelt High School Royals faced off on the field, the MC Sports crew got to work documenting the game. 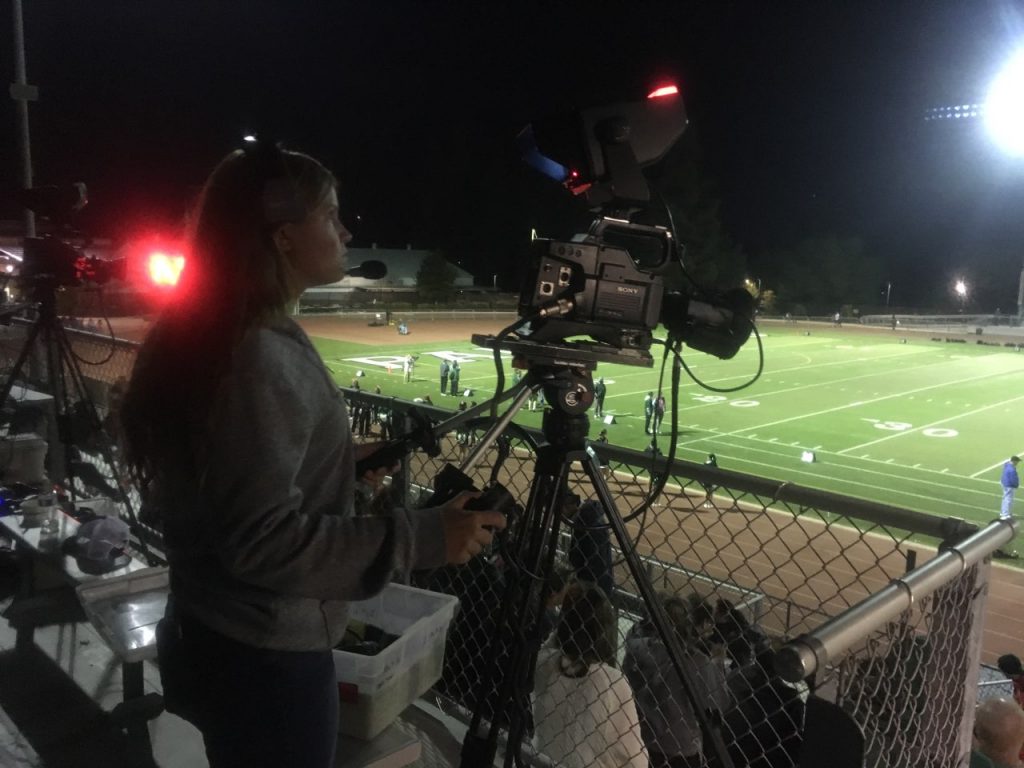 Despite a glitch in the TriCaster which caused the game reference screen not to work, the three seasoned MC Sports color commentators made high-energy gameplay calls and player predictions without it. Camera operators caught game action, cheerleader routines, and pep band music. Graphics crew updated the score on screen and created replays highlighting footage of notable gameplays.

Returning crew members and newly trained summer camp grads worked well together to film the game. Youth Sports Manager Sara Bennett says, “It was great because they knew each other from summer camp and how to work together.” Sara sees great improvement in the crew’s skills operating the new gear. “It was great to have a semi-professional environment to get more familiar with the new truck,” she says. The crew had fun filming the game and several of the youth participants signed up to cover additional games.