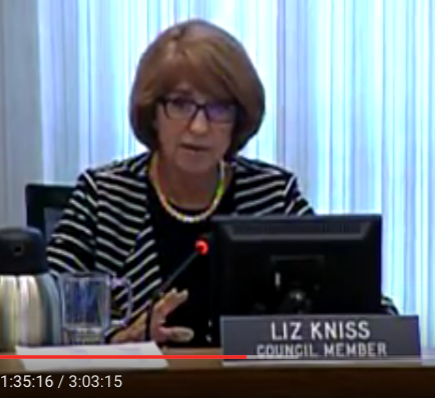 On May 10, the Palo Alto Policy & Services Council Committee met to hear the auditor’s report that called into question the accounting practices and the overall value of the Media Center. Over 30 spoke on behalf of the Media Center and over 50 came to support us. Council comments begin about 90 min. in. Committee members voted to have the City Manager’s office meet with Media Center officials to deal with the accounting issues and brainstorm a funding plan that would enable the MC to continue its valuable work on behalf of the community. Then the Committee will meet again and make a recommendation to the full City Council.

Here’s the video of the meeting:

The Media Center has narrowed its definition of capital expenses to include only purchases which exceed an established dollar amount and have a useful life of more than one year. We now use PEG fees solely for capital purchases. The Cable Co-op Legacy Fund, which was previously used for such purposes in accordance with the policy directive to do so, will instead be used for noncapital operating expenses.

We also proposed a plan that will provide for long term sustainability. The Cable Co-op Legacy Fund purchased our facility and equipment. We proposed that future PEG fees which exceeds the capital purchases in any year, be applied toward the purchase of these items from the Media Center. Ultimately, this will result, appropriately, in ownership by the cities in our cable franchise area, while restoring the expected life of the Legacy Fund so that the Media Center can continue its mission.