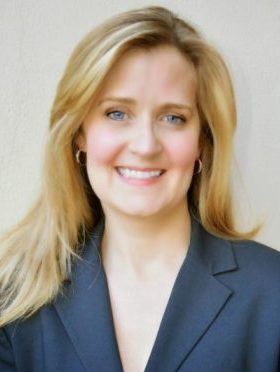 The Midpen Media Center is pleased to announce that Keri Stokstad has been named Executive Director. Keri brings over 15 years of community media center management and director level experience to her new position at Midpen. Most recently she was the Cable TV Manager for the City of Santa Monica where she oversaw the city’s television station, video production projects and government channels. Keri was recently awarded Overall Excellence in Government Programming at the 2017 Alliance for Community Media (ACM) Conference.

She attended her first ACM conference in college and went on to serve as Chair of ACM’s Board of Directors. Keri’s passion for community media flourished during her college years at the University of Iowa where she earned her BA in Visual Communications. She checked out her local access station PATV in search of production tools to complete her coursework. “I was able to have access to video equipment and the television studio and take specialized training. I fell in love with it so I started volunteering and eventually was hired as a production specialist.” To earn college credits, Keri created and was Executive Producer of Inside Iowa City, a weekly news program where students got to try out all the studio crew and talent positions. Many students found work at news stations. Keri confirms, “People do go on to have careers in the television and film industry from community media.” She has mentored many community media staff and producers during her lengthy career in community media and has enjoyed contributing to their growth and success.

Community media stations foster a creative and varied mix of media content. Keri loves the creative process behind those shows, “I’m just amazed at all of the ways people can create quality television with limited resources because they have the passion for it and are interested in producing their best work every time.”

As media consumption continues to move from TV screen to mobile screen, Keri is excited to use new technology to interact with the community. Midpen will be expanding live streaming and utilizing social media for event coverage and promotion. Capital Community Television (CCTV) in Salem, Oregon Keri points out just did a successful live stream of the eclipse and made it available to access stations across the country to broadcast. Keri says it is a great example of the collaborations that are available to share and receive content through a wide network of media centers across the county. “I think that community media stations play a really important part in how you’re able to not only learn the techniques but also understand the importance of being able to provide information in a way that is helpful to the community.”

City council meetings and information about local non-profit organizations are content staples of community access channels. Keri advises that there needs to be continued local, state and federal support and funding for this. “Tuning in allows people to make informed choices about their council members during election season and the ballot measures that can affect their daily lives.”
Keri believes that the media literacy training that community media stations provide is important now more than ever. She stresses that “We need to be vigilant and build our muscle for determining credible sources of information. There’s often only one single message being conveyed and it’s important to make sure you have a really deep understanding and a wide menu of options when you’re looking for information.” The nightly news may have one take, or quickly cover an issue that has deeper meaning for the community it’s affecting. Local access shows can take the time to explore these important issues.

Media literacy also means understanding how shows are put together. Keri thinks that it’s important for community members to learn how a story is shaped. “People often tell me that once they learn how to edit and have a better understanding of the options available in making edit decisions, they never watch TV the same way again.”

“Midpen Media has a history of being an award-winning organization with a resourceful board and supportive producers. The staff has a reputation in our industry of being the best of the best in their respective fields,” Keri says. She appreciates all the love and care that’s been put into the creation of the Midpen Media Center and she’s excited about its potential as well. “I am deeply honored and excited about this new opportunity. It will be my pleasure to begin meeting and working with the staff, producers and board to continue the exemplary legacy of the Midpen Media Center and communicate its good work to a broader audience”.

The Midpen Media Center welcomes Keri Stokstad as the new Executive Director and looks forward to the time ahead under her leadership.