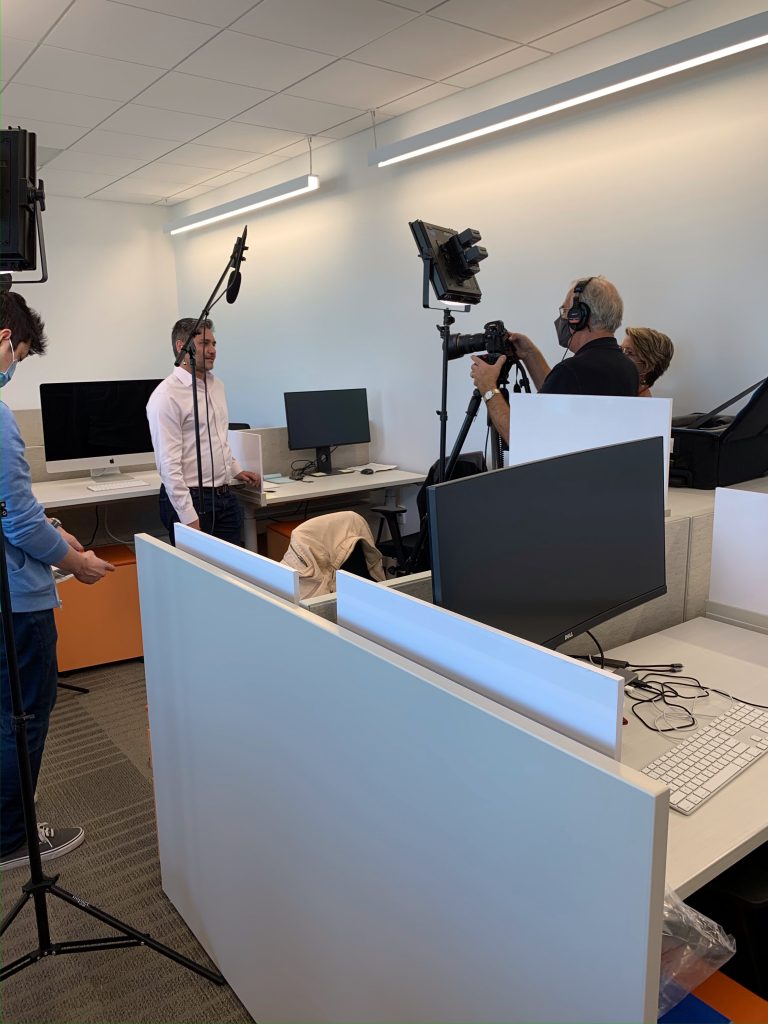 “As the producer, the challenge I faced in telling the story about the BMI was that they wanted a short (of course!) video that not only covered the unique design of the building but also celebrated the cutting-edge medical discoveries actually being made there,” said Doug. “This is a classic challenge faced in video story-telling, but clearly we were able to accomplish both goals, and I’m thrilled to accept this award.”

Production required multiple visits by Doug and two Production Assistants to the BMI building over a three-week period to conduct interviews and capture b-roll. COVID restrictions were tight, with everyone required to wear masks at all times except the brief time that talent was speaking on camera. Equipment was sanitized daily. Doug was able to rent LED light panel kits from Midpen Media for the shoots, which, along with the use of a Sony Z-280 camcorder and a Nikon D-850 DSLR, proved a huge help in delivering a topnotch product.