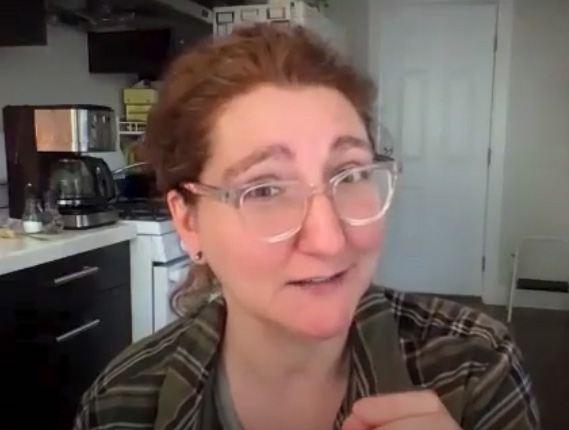 Combining production creativity with Zoom web conferencing technology, staff member David Simon recently completed a 20-minute webisode, “Death on Cue, A Flip Marlowe Mystery.” Simon wrote, directed, and edited the murder mystery romp with the technical help of Stan Ng. The comedic talent of actors from the Midpen Media community was enlisted to portray quirky suspects while giving a glimpse into what it’s like to make community access television.

Detective Flip Marlowe interviewed suspects on video calls with suspects varying closeness to their webcams for effect and Marlowe pulling back his camera to create scene transitions. The script is full of fun wordplay like the camera operator’s name F-Stop Fitzgerald – hitting on camera lingo and the famous novelist. As Marlowe talks to suspects, we get a sense that the studio breakroom and the food found there is the social heart of many productions. The mystery doesn’t just uncover whodunit but also the combined crew skill sets needed for a successful production.