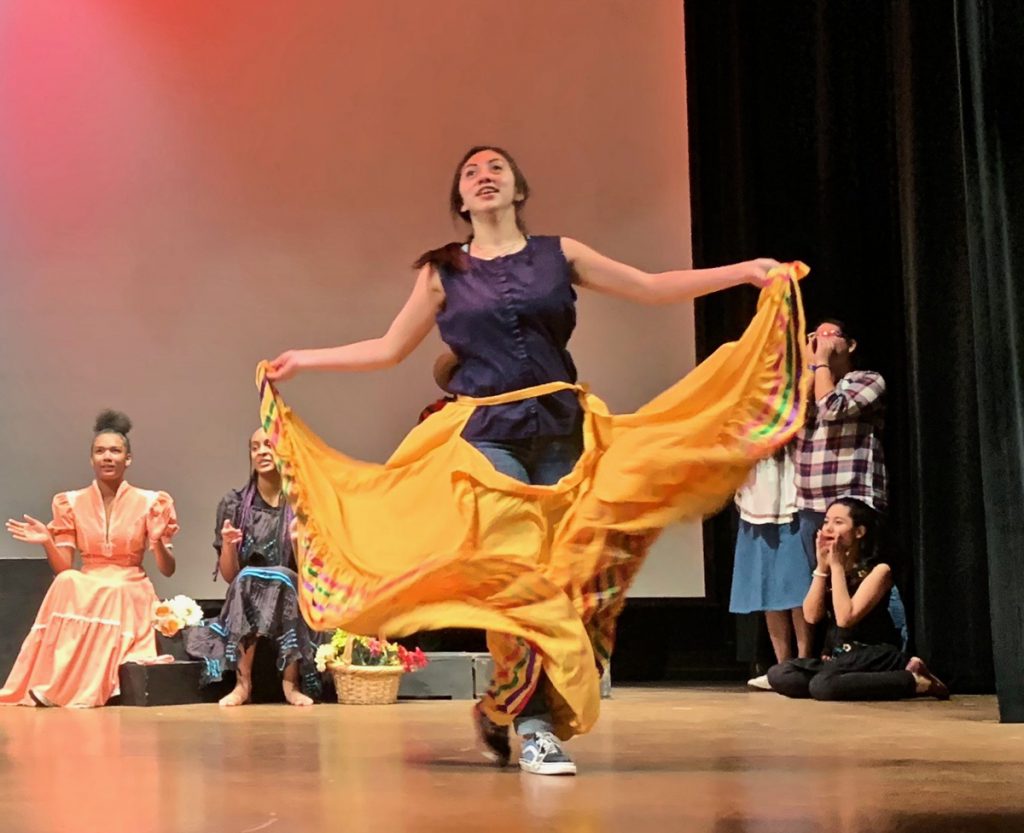 For three nights in late April, the Eastside College Preparatory School stage was transformed into a collage of settings marking the lives of undocumented immigrants. There was the ominous train called “The Beast” making its way through Guatemala and Mexico, carrying ticketless riders on the top of its cars. There was the small town festival (“banda”) where a teenager gets his first look at returnees from the U.S. wearing nicer clothes than everyone else. There was the high school graduation of a determined young woman who receives her diploma after crossing the border at age 13 in the hopes of sending money back home from the wages she’d earn.

The play “Passages” was performed by freshmen through senior drama students and directed by Amy Conners. About half the cast were Latino students, and half were African-American. Non-Spanish speakers were paired with Spanish speakers who helped them learn pronunciation for a few Spanish-only scenes. The lines of the play were excerpted from Made Into America, an online archive of immigrant stories coordinated by Midpen Media.

Made Into America contains about 500 immigration stories from every corner of the world and every era of U.S. history. Many are written by students, including those at Eastside College Prep who interviewed their family members to research their own histories. 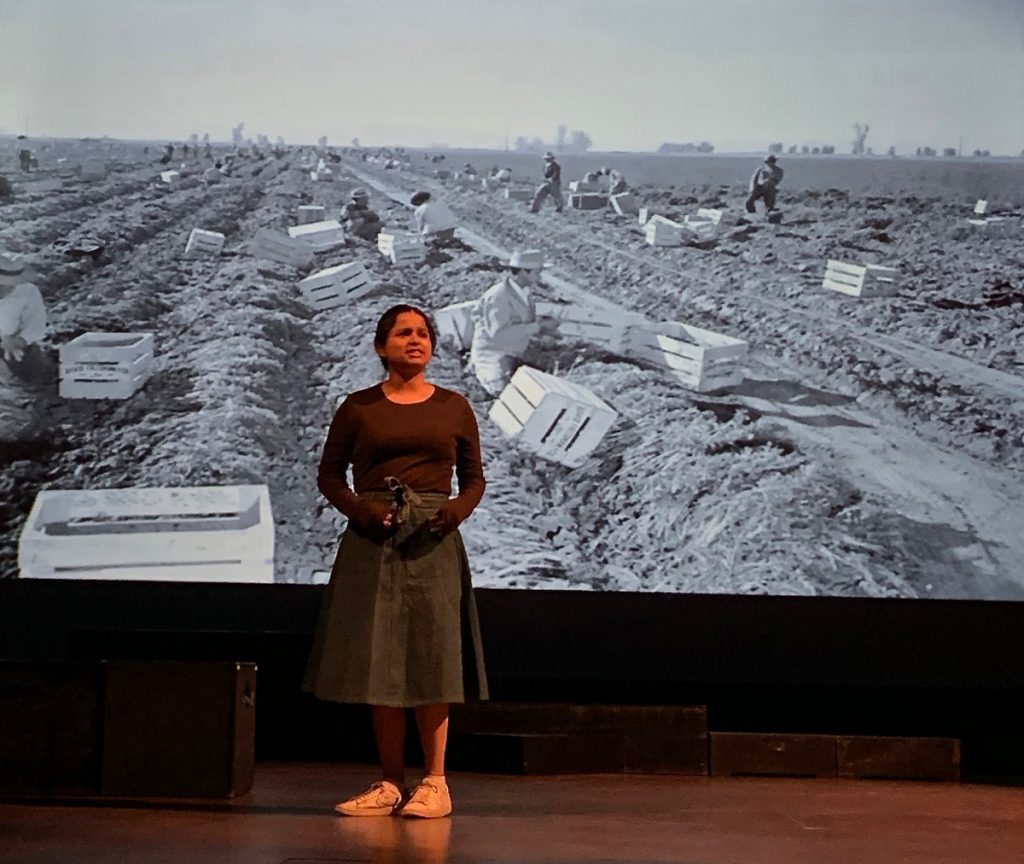 “We find common threads of risk, faith, and courage running through the stories from every wave of US immigration. Most are about people who gave up everything familiar to start from scratch in a new country with a new language and no job waiting. Mostly they are driven by the dream of making life better for their children,” says Elliot Margolies, the Midpen Media’s Project Manager and creator of Made Into America.

While reviewing some of the narratives of recent undocumented immigrants, Margolies noticed that most students recording these particular stories wrote in the voice of their parents rather than in the third person. The stories reminded him of Studs Terkel’s inspirational interviews from decades ago. Margolies assembled a mix of excerpts from these narratives into a basic script and approached Eastside’s drama teacher to find out if she could use the script.

With her typical enthusiasm and ability to dream the future, she said, “We can make it our spring production!” She then added many vignettes that would illustrate and dramatize what the speakers voiced. Twenty students brought the narratives to life. Students from the music and dance departments brought in additional elements to enhance the production. 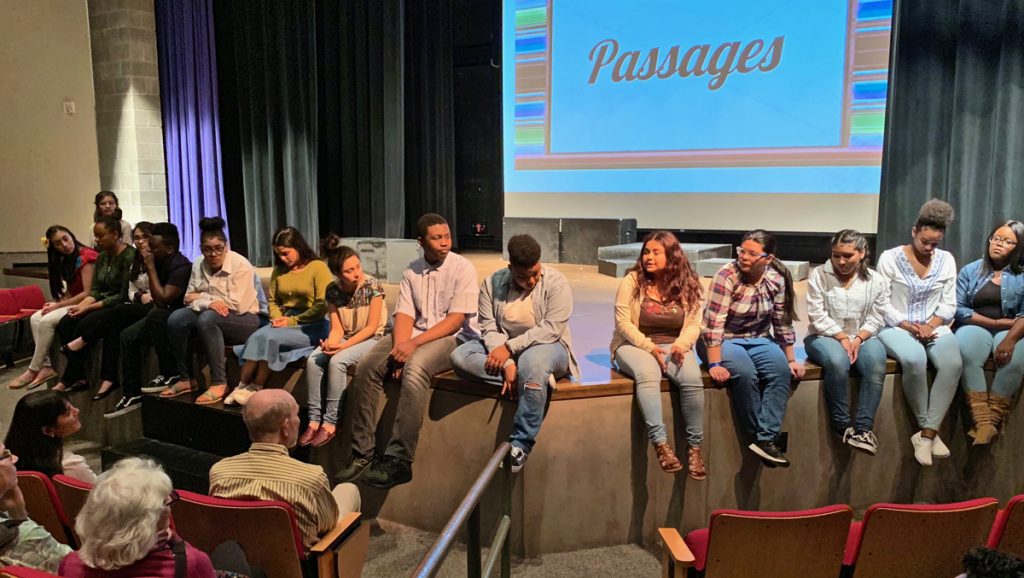 During the Q&A sessions at the end of each performance, it was obvious that both the actors and the audience were transformed by the experience. Even the Latino actors who were familiar with some of the narratives on an intellectual level said they gained a deeper understanding of the risks and sacrifices the undocumented have undertaken, while African American actors spoke of the new awareness the play generated for them as well as parallels in the challenges faced by both cultures.

“Passages” opened a new door for Margolies when defining what community media can be. “While most media centers have focused on video production as the vehicle for community stories, there are other mediums and formats that community members use to share their stories. I’m proud that Midpen Media is willing to explore expanded roles for facilitating and disseminating these vibrant communications that can strengthen our community.”

The play was recorded and will appear on Midpen Media’s YouTube channel by the end of May.