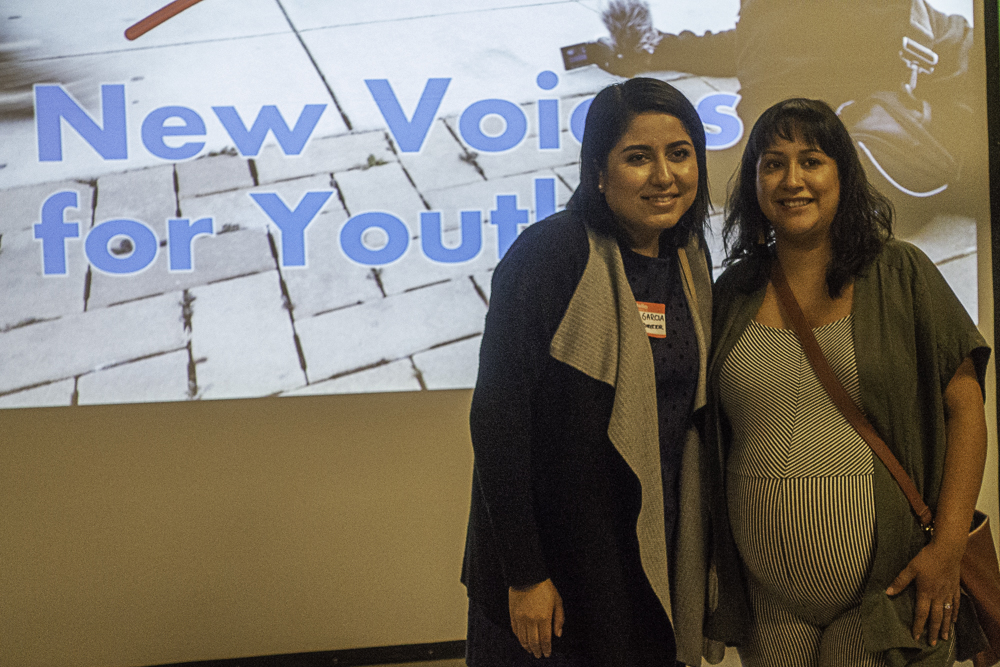 Identifying racism, fighting housing displacement, and examining the meaning of community are all subjects of short films shown at New Voices for Youth’s (NV4Y) September 15th screening held at Midpen Media Center. About 30 supporters of NV4Y came to watch the films, and participate in a Q&A session celebrating the works of middle school student filmmakers. NV4Y leadership, Rotary Club and League of Women Voters members, and people profiled in the films attended.

New Voices for Youth, established in 2004 by the League of Women Voters, offers after-school film production workshops at the Siena Youth Center in Redwood City and the Boys and Girls Club in East Palo Alto. About 90 students a year learn how to engage with community issues, and understand civic engagement while gaining video production and leadership skills.

“Student voices are important, and they have something to say,” says Patty Page, NV4Y steering committee member. As students learn film production skills, “Students discover what they can create and communicate through video.”

During NV4Y sessions students learn the process cycle of video production. Groups of 3 to 4 students pick a community-related topic important to them and plan interviews to explore the topic. Students learn how to use digital cameras, microphones, audio equipment, and iMovie software for film editing. As students reflect on the community issues, they come up with ways to help problem solve. Students from both youth centers have made films about housing displacement. Some of their footage has been shared at city board meetings and has made an impact within their communities.

NV4Y alums, Fabiola Rubero, and Luis Cruz now juniors at Everest High School are featured in NV4Y short film “Listen!: Luis and Fabi” where they talk about their experience in the program. Fabi says she was interested in the interviewing aspect of NV4Y because she likes to talk and she found herself becoming an active member of the Redwood City community. Luis found video editing was the most important part of the production process. He says, “Editing led to what the final product was going to be.” Luis is now a student leader with NV4Y guiding the next generation of filmmakers.