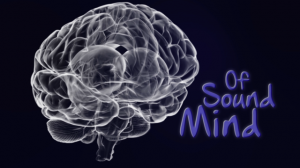 He sat where his wife had put him, his hands folded in his lap, taking up as little space as he could.  His shoulders had rounded and his face bore a confused, lost look. It was hard to reconcile this man with the person I knew my father-in-law to be: a man who always knew where he was going and who had filled the room to overflowing with his presence, just a few short years ago. His diagnosis of Alzheimer’s disease had a huge impact on our family and started me on my road to discover all I could about this debilitating, progressive disease.

Alzheimer’s disease is the most common of the dementias, however it is not the only pathway for a diagnosis of the incurable disease of dementia. There are some estimates that as many as 14% of people over age 70 have dementia and that percentage increases with age.  Of those over the age of 65 who die in any given year – 1 in 3 will have been diagnosed with a dementia.  This past summer, the National Institutes of Health sponsored a new Alzheimer’s Disease Research Center at Stanford School of Medicine.  Long known for its outstanding neuroscience department, Stanford is home to brilliant scientists in dementia research.  The Stanford ADRC has become a beacon bringing together experienced researchers in the field, as well as inspiring and training new researchers.

Part of my work at the Stanford ADRC is focused around raising awareness of dementia in the community and sharing the current research that is ongoing in these terrible diseases.  The launch of the new TV program Of Sound Mind is a central piece of that awareness campaign. Delivered in a talk show format, Of Sound Mind draws from the excellent Stanford ADRC faculty and other researchers in the field of cognitive aging to explore dementia and discuss methods of keeping your brain healthy. As producer of this show, it has been my pleasure to work with some incredibly knowledgeable talent.

Our host, Dr. Dolores Gallagher Thompson, is a geropsychologist and a professor of research at Stanford School of Medicine. Her research focus for over three decades has been on how to reduce stress and improve the wellbeing of family caregivers of older adults with dementia. She brings her experience on the impact dementia has on families to the discussion as her guests discuss issues and concerns surrounding cognitive aging. Each episode will explore and educate the viewer about the topic itself, how the topic may apply to individuals, and then end with a little something about the research itself.

“Healthy Cognitive Aging” was the first episode for Of Sound Mind and the guest was Dr. Frank Longo. He is a professor and the Chair of the Department of Neurology at Stanford School of Medicine. In this episode the focus is on healthy aging and what people can do to reduce risks of getting dementia: things like modifying one’s diet, staying socially engaged, and exercising among other strategies. Dr. Longo wrapped up by discussing the importance of healthy controls in research.

The second episode of “Let’s Talk about Dementia” went into more depth about dementia, itself. The guest, Dr. Victor Henderson, is the Director of the ADRC and a professor of Health Research and Policy as well as Neurology at Stanford School of Medicine. This episode focused on what happens when a person is concerned about whether they have dementia. They talked about the progression from normal aging to dementia and what warning signs to look for. As a neurologist, Dr. Henderson spoke about what to expect if you talk to a doctor, from what kinds of tests you might encounter to what they tell the doctor about your condition. He briefly introduced the Stanford ADRC and went on to demystify the process of what to expect if you became a volunteer for a dementia study.

We are very excited about our upcoming episodes. In May, we will be looking at Music and Dementia with the UK musician Beatie Wolfe, who has been doing some interesting research surrounding the effect of exposure to novel music in individuals with advanced dementia. In July, our topic will be Parkinson’s disease as we explore what it is, how it’s treated, how it affects someone’s thinking, and what new research is out there with Dr. Kathleen Poston. Later in the year, we’ll be looking at various topics, like taking a closer look at the impact of Dementia on families, having a panel come to speak about brain donation, and we’ll be looking at ways to get through the holidays if you have loved ones with dementia. We do hope you will join us.

The vision of the Stanford ADRC is to serve at the forefront of the national effort to prevent dementia and to find effective forms of treatment. Its mission is to serve as a shared resource to facilitate and enhance multidisciplinary and interdisciplinary research, outreach, and education in Alzheimer’s disease, Parkinson’s disease, Lewy Body disease and Mild Cognitive Impairment. To fulfill this mission the Stanford ADRC’s Healthy Brain Aging Study is looking for volunteers age 70 and older, both with and without dementia. If you are interested in volunteering or just want to find out more, please email the author at abilbrey@stanford.edu.