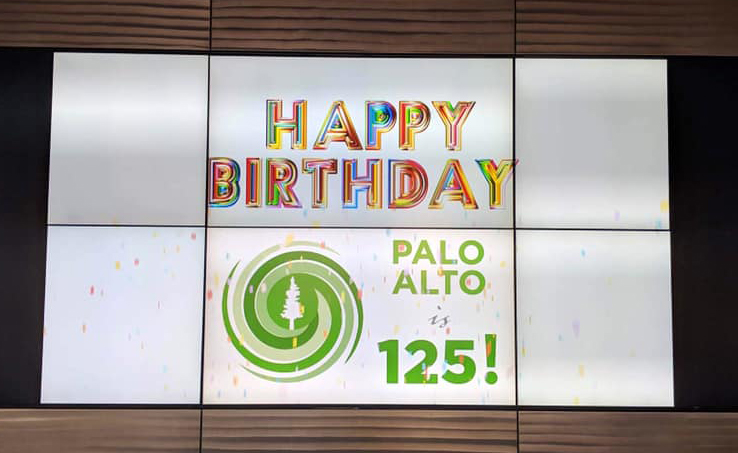 Midpen Media film crew documented the city of Palo Alto 125th birthday celebration on April 28, 2019. A festival atmosphere took over King Plaza at City Hall, with a program of speakers and entertainers on a central stage in front of an audience of Palo Alto officials and residents. The perfect springtime weather accompanied the high-spirited celebration and was cited more than once as a defining reason why Palo Alto is a great place to live. 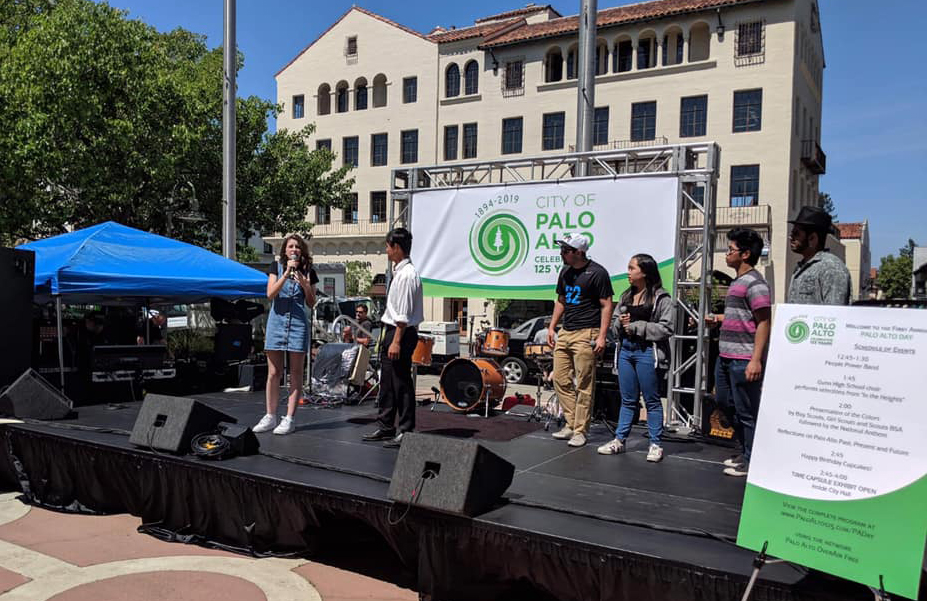 Former Mayor Liz Kniss told the story of Palo Alto becoming the first city with a website on the internet. Twenty-five years ago Dell built the site for the city and announced it at a tradeshow, making the city of Palo Alto a big deal to techies all over the world. City leadership spoke about how people come together in Palo Alto despite their differences. Current Mayor Eric Filseth said the unique dynamic of the city is a “creative clash of contrast.”

Partygoers sang “Happy Birthday” to Palo Alto and enjoyed the entertainment. Members of Gunn High School’s choir performed a riveting scene from composer and performer Lin-Manuel Miranda’s “In the Heights,” and swing and jazz music got people of all ages dancing around the plaza. A 200-pound vacuum sealed time capsule buried underground 25 years ago for the city’s 100th birthday had been opened earlier in the week, and its contents were on display depicting the history, events, and people of Palo Alto.