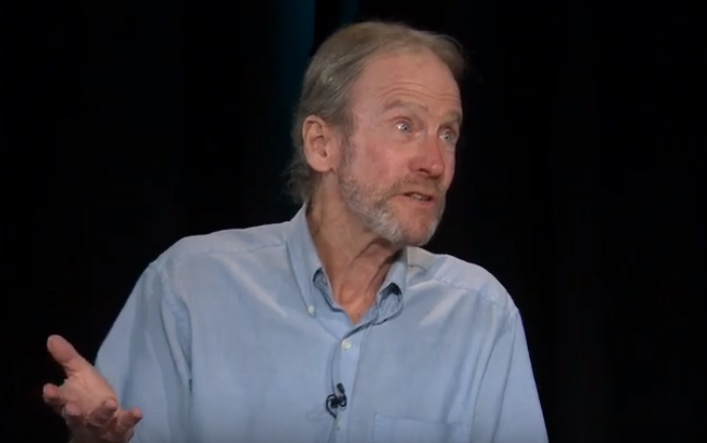 “Other Voices” host Paul George was interviewed by Midpen Media’s Elliot Margolies on his retirement from directing the Peninsula Peace and Justice Center. Since 1996, George has led grassroots campaigns on the Peninsula to, as he says, “make demands to concede from power.” His efforts with the PPJC helped keep the spirit of the community up by creating outlets directed at lasting change.

As head of the PPJC, in 2003 George organized a demonstration against waging war in Iraq. Concerned citizens helped spread the word about the rally by plastering informational door hangers pronouncing “no war” throughout Peninsula neighborhoods. Demonstrators gathered at Palo Alto City Hall at the appointed time — five-thousand strong, a truly admirable crowd size. He’s also led protestors to occupy politician’s offices, many times jump-starting face-to-face dialog with the politician about the issue at hand.

From an early age, George was an avid news junkie with curiosity and concern for international and domestic issues. Not satisfied with his parent’s answers about what was happening in Vietnam at the age of 16, he stumbled upon a campaign office where he learned the truth. He became an activist, protesting the Vietnam War, and became a solidarity worker and witness to the effects of U.S. involvement in El Salvador in 1989 and 1990.

Learn more about Paul George’s lifetime of grassroots leadership and his contributions to strengthening peace and justice in the Bay Area and beyond on this episode of “Other Voices.”