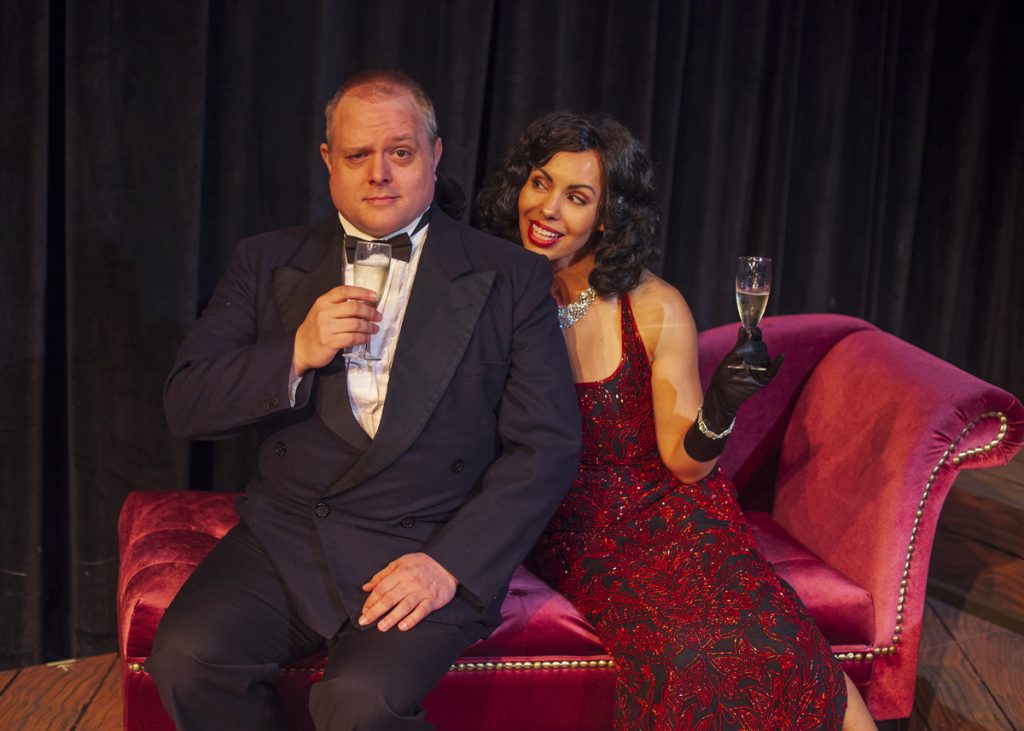 Bad days happen and – let’s hope – are rare occurrences. Just think what minor slip-ups like oversleeping, dribbling toothpaste on your shirt, or forgetting your bagged lunch can do to a day. In Noel Coward’s comedic play, “Present Laughter” main character Garry Essendine, a now middle-aged actor, has an extremely bad set of days where he realizes his usual way of behaving isn’t working for him anymore.

Actors Parker and Walter read a pivotal scene from the play as Garry Essendine and his ex-wife Liz Essendine on the “Peninsula Backstage” set with convincing English accents. In the scene, Liz is aware of Garry’s relations with a younger woman and asks him to behave in a more dignified manner befitting his position as a well-known actor. She points out that his friends and family are there to take care of him if he’s experiencing troubles, and they know he’ll do the same for them.

Listen for the constant switch of power plays between actors says Mayes, the play’s director. Garry loves verbal sparring and is miserable if he doesn’t have someone around to challenge him. Garry is a melodramatic egomaniac who tries to put the blame for things going wrong on everyone else, Parker points out. Walter says she appreciates that the women in the play are allowed to make their own decisions, have opinions, and even win sometimes.

The intimate Pear Theatre seats up to 99 people, bringing the audience close to the action. “Present Laughter” is performed on a single set with five doors, with 11 actors moving in and out, and all wind up briefly on stage together at the same time for maximum comedic tension.

“Peninsula Backstage” has been filming at Midpen Media since 2011 to bring awareness of local theater to the community. “I continue to be impressed with the high quality of Midpen Media’s studio space and equipment, and with the high level of support shown by our volunteer crew members,” says Perry. “Our guests from the local theatre community have expressed appreciation for our crew’s talent, energy, and enthusiasm.” Each volunteer-crewed episode features upcoming theatrical productions through artist interviews and capturing live performances.