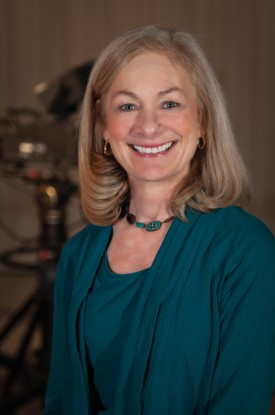 Hi I’m Louise Pencavel. I produced and hosted two interview series,at the Media Center for many years. Now I’m Director of Production Services, the branch of the Media Center that produces professional videos in support of our non-profit work.

Most recently I produced a two-part pilot for a parenting series for KTEH, The Parent Survival Guide, which we hope to turn into an ongoing series.

I have also produced several independent programs for Bay Area corporations such as Sunset Films, Bechtel Corporation, and Raychem.

I currently work part-time as a reporter for California Courts News, a series for California Court Employees and I teach several video classes locally. I am married to a professor of economics at Stanford University and have three children. In my spare time I volunteer as a tutor and mentor in the public schools.