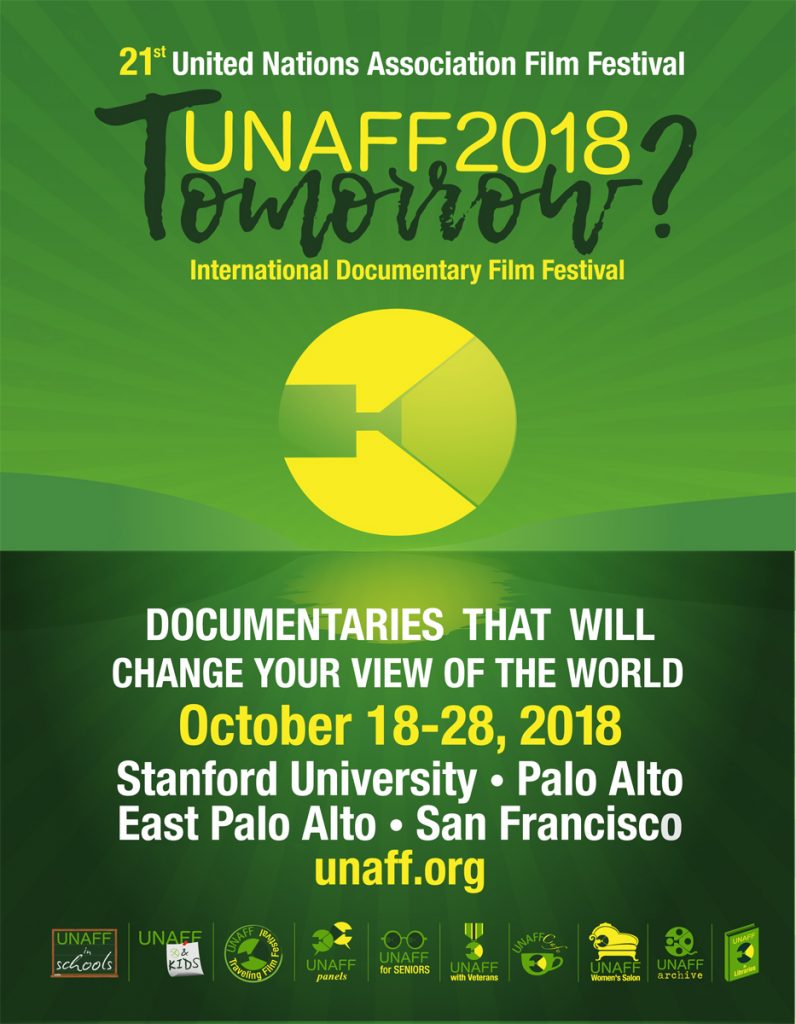 The Midpen Media Center hosted a day of UNAFF screenings on October 20, which also happened to be Community Media Day. Audience members had the opportunity to watch six films, listen to a live panel discussion with filmmakers, chat with other festival goers over a catered reception and tour Midpen Media Center’s studio. The screening was the perfect event to draw members of the community into the studio where they could learn about media resources available to them.

The films screened touched on complex topics, some still needing solutions to alleviate tensions and suffering. Divisive politics, religious turmoil, the Holocaust, Israeli-Palestinian relations, the ailing justice system, and political extremism were examined by the films. To digest these issues, filmmakers took questions and talked further about their films during “The Future of Conflicts and Resolutions” panel.

UNA Forum Presents: UNAFF 21, a festival preview show, highlights the films of four local filmmakers. Watch the show for a sampling of the high caliber topics covered throughout the festival. If you missed this year’s festival, track down individual film websites and trailers on UNAFF.org and find out where films are showing next.