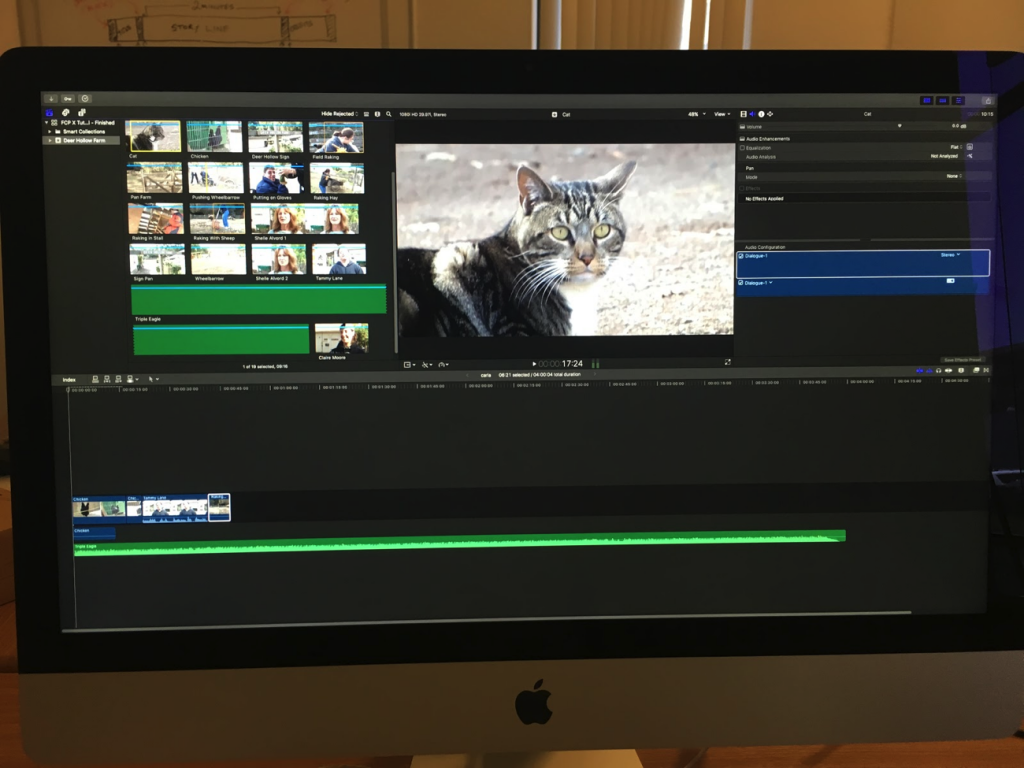 Final Cut X was just released. We’d like to tell you that we’re bringing you the latest and greatest ASAP-est, however, we might have to sit back and watch the bodies pile up first.  Editors ARE NOT happy and MC staff and volunteers who have tried the new version are giving it a thumbs down.  So we will not be bringing you FCP Pro X anytime soon.

However, allow me to refer you to this excellent article from the Times last Wednesday about what might be deemed wrong with the latest version and then why Apple might have deigned to release such an inferior product.

And finally, there is a viral video of Conan’s editors’ opinions of FCP Pro X from yesterday’s show.  The question is why would such smart company like APPLE release such a boneheaded version?  Are they going to stop supporting FCP which has over 50% of the pro-editing market?  Are they going all in on the IPad and IPhone and hanging the huge pro market out to dry?  (Did I just mixed 2 metaphors in 1 sentence???  Must be because I’m in a tizzy over FCP!)