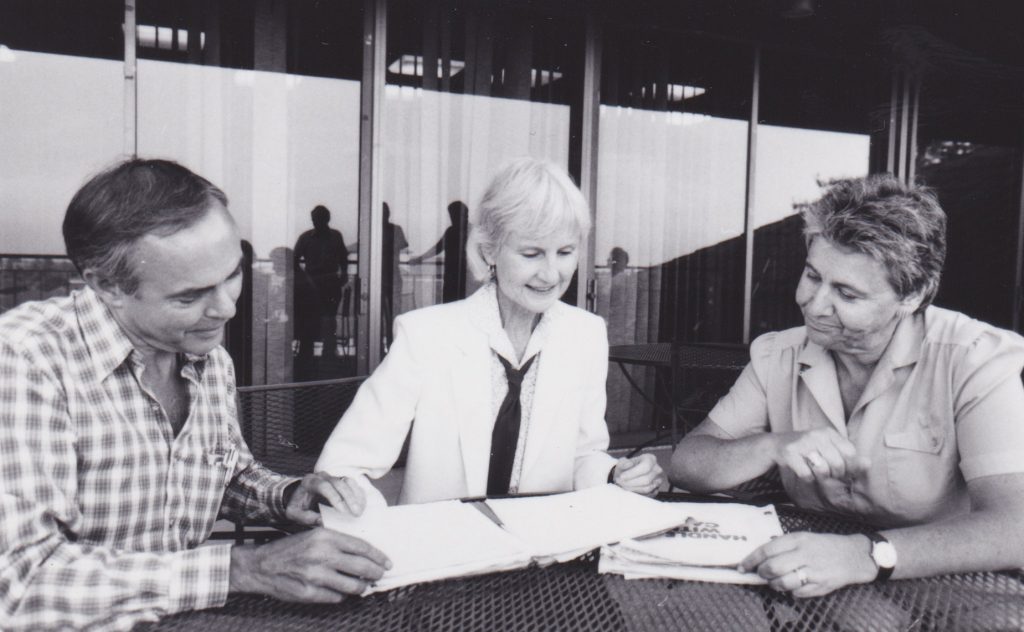 We are excited and grateful to announce a $75,000 grant from the R. Lacey Foundation, established by long-time Midpen Media Center volunteer Ruth Lacey.

Ruth was a familiar figure around the Midpen Media Center – both in the studio where she directed shows like “Spirit Talk,” and as a producer in the field. She recorded programs such as the talks presented by the Palo Alto Historical Association and directed a 2002 documentary on the history of African Americans in Palo Alto.

Many current staff members remember diminutive, white-haired Ruth toting lots of equipment to make community media blossom. Not many know that she was one of the Palo Alto citizens who came together initially to study what public access TV was around the country and what it could be in Palo Alto and the Mid-Peninsula. She served alongside our former Executive Director, Annie Folger, on that citizen advisory committee. In the mid-90’s she also served on the board of the Midpeninsula Access Corporation – before it became the Midpeninsula Community Media Center.

Ruth was a community advocate through and through. She was on the board of the Palo Alto Historical Association and edited their newsletter, she volunteered with Canopy for over ten years, and she was also a co-president of the Palo Alto League of Women Voters. She was also an avid ham radio operator (after getting her license in 2003), a police department volunteer, and a member of PANDA—Palo Alto Neighborhood Assistance Program. After a stroke in 2007, Ruth was no longer able to serve the community as a hard-working, modest, activist-leader. She passed away in January 2017.

Ruth’s niece, Alison Tucker (of Walnut Creek) assumed responsibility for recommending grants from the R. Lacey Foundation, which is held at the Silicon Valley Community Foundation. Alison explained to us that she discussed options with the Silicon Valley Foundation and liked the idea of using Ruth’s foundation to make a difference to an organization that Ruth was involved with. The Midpen Media Center was a logical fit.

Board Chair, Sue Purdy Pelosi, Executive Director, Keri Stokstad, and Elliot Margolies who worked with Ruth over the years, met with Alison to discuss how the Midpen Media Center could honor Ruth’s legacy with a range of civic initiatives. Alison was pleased with our suggestions and asked that we also consider a project that would help St. Elizabeth Seton School. Ruth was a big supporter of the school, which targets low-income families and provides an excellent K-8 education.

This week we received the check for $75,000 and the R. Lacey Legacy Initiative is officially underway. Over the next few years, it will enable the Midpen Media Center to conduct town meetings, and story circles on regional issues, Q & A shows with local leaders in the news, ballot measure debates, as well as more coverage of important meetings set up by local organizations and government bodies. It will help us build meaningful strategic partnerships and better publicize the civic engagement programming we generate. Ruth’s legacy will empower the Midpen Media Center as it strengthens the community in the ways that Ruth cared deeply about.