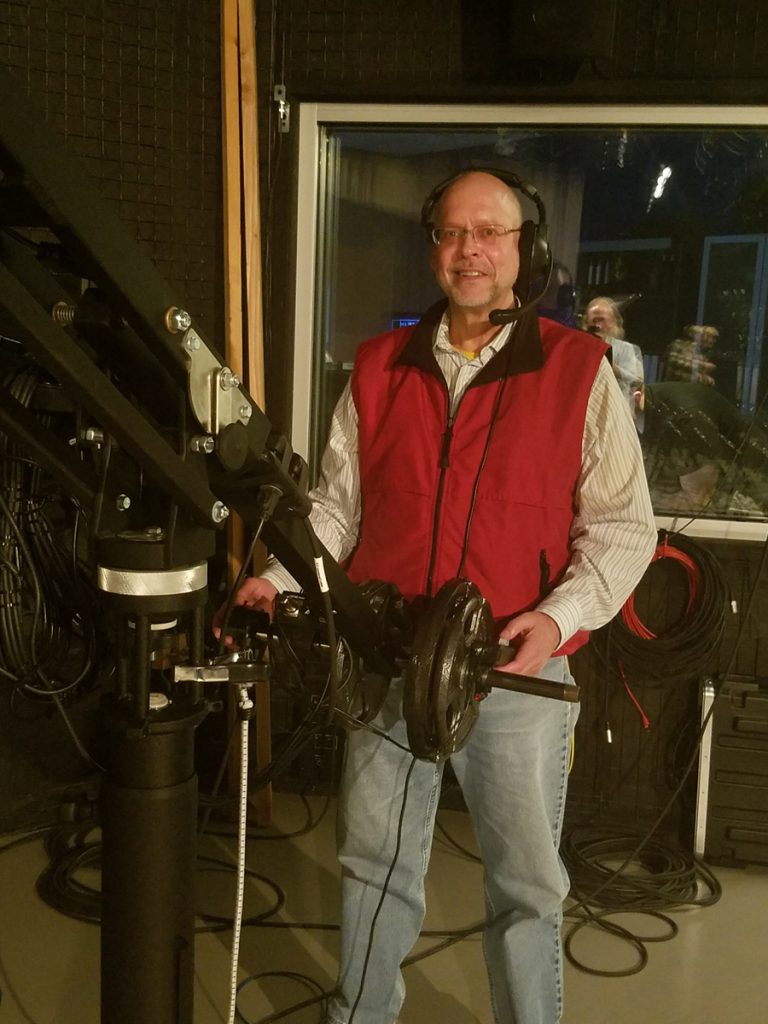 It is with deep sadness that we report that Ken Dickman, our beloved “kendy,” passed away on May 11 due to cancer.

Kendy came to the studio in January 2003, predating most of us and even predating our current building. He worked as a volunteer on a laundry list of shows, including Talking with Henrietta, NewsWatch, Swara Lahari, Artist Expression, Open to Hope, and Indivisible South Bay. His last show was this January’s episode of Peninsula Backstage. In the credits, he wanted to be listed as “kendy”; just one name and a small, not a capital, k. Kendy also worked for a while as our part-time staff equipment manager.

Music was one of kendy’s passions, and he played the guitar (but disliked loud noises and avoided crewing on shows he thought might be noisy). He was an engineer who loved being outdoors and hiking. To many who knew him, though, he was first a human rights advocate, passionate in opposition to injustice and oppression, and a dedicated volunteer with the Peninsula Peace and Justice Center (PPJC). That volunteer work included crewing for their show Other Voices. Paul George, producer and host of Other Voices and long-time director of PPJC says, “kendy brought a calming presence to our crew for nearly 20 years. In all that time, he always had a smile for everyone he met.”

Kendy was an excellent director, but he also switched, ran the audio board, operated the camera, and “pretty much did it all,” according to Studio Manager Karen Adams.

“A cheerful and talented person,” shares studio volunteer Fred Bockmann. “He will be missed.”

Karen adds, “When I think of kendy, I think of his gentleness. He was sweet and silly and had an almost childlike purity in the championing of his beliefs. The peace and justice movement is a shade dimmer with kendy’s passing.”

Kendy wanted a peaceful and private funeral with his family.