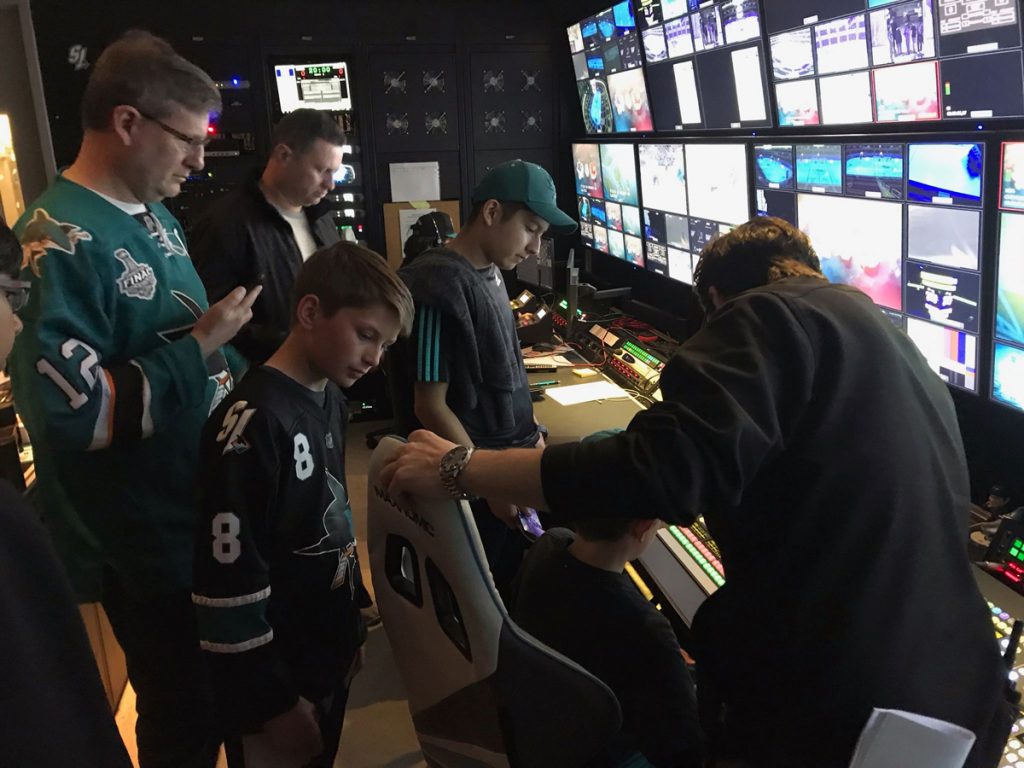 Sports action moves fast, especially on the ice. San Jose Sharks broadcast professionals showed the MC Sports Broadcasting Team around behind the scenes at SAP Center to get a taste for what it’s like to capture fast-paced action while working as a team. The MC group of 18 students and parents met the television broadcast team and the in-house scoreboard crew who control the stadium’s big screen. While touring the broadcast truck and in-house control room, the directors explained various tasks performed by team members, emphasizing the importance of teamwork. 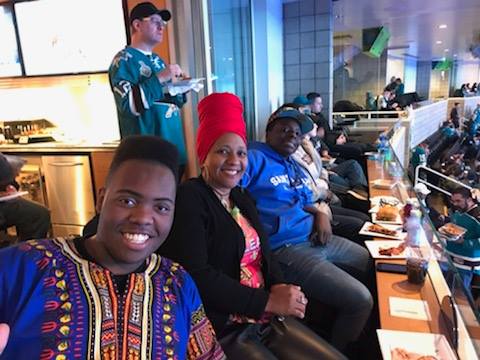 The MC group also toured the upper and lower levels of the SAP Center. The Zamboni and team locker rooms are located on the lower level, and the upper levels house press boxes and announcer booths. After the tours, students and parents were treated to a VIP suite viewing of the game while feasting on a buffet of chicken tenders, pizza, sliders and turkey sandwiches.