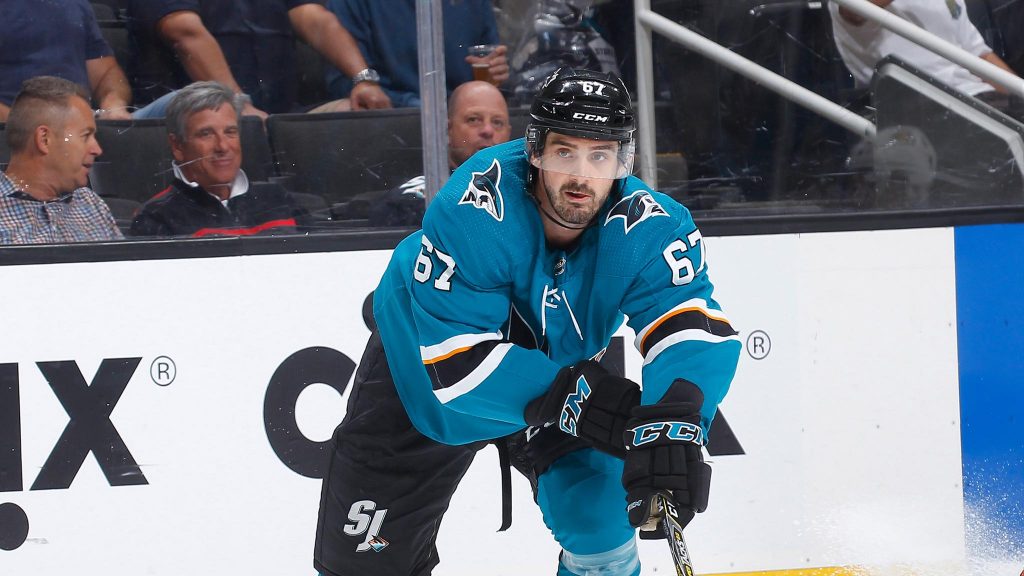 Estimated $1.6 Million to be Dedicated to Causes Such as Healthy Living, Hero Appreciation and Education
by Sharks Foundation

SAN JOSE – The Sharks Foundation has unveiled its annual giving campaign focused on various causes each month throughout the 2017-18 season. Each month will feature a key activation that includes Sharks players, coaches, alumni, executives, corporate partners and S.J. Sharkie, as well as a Community Assist Grant and Goals for Kids recipient. The campaign, coupled with the Sharks Foundation’s 50/50 Raffle presented by Black Oak Casino Resort, will distribute an estimated $1.6 million to organizations assisting those in need. Each cause falls under one of the Sharks Foundation’s pillars of giving – health and safety, education and character development, and will support underserved youth and families in the Bay Area. The season-long campaign will feature:

The Sharks Foundation kicked-off the Healthy Living campaign in September by assembling and donating 250 children’s bikes in partnership with Groupware Technology and TurningWheels for Kids. The initiative will continue on Sept. 30, when nearly 4,000 participants and volunteers will go the extra mile and take part in Fitness Faceoff powered by Kaiser Permanente’s 5K, 10K or Rosendin Electric Kids Fun Run. The Foundation and Kaiser Permanente will again partner, along with the Good Tidings Foundation, to revitalize a local school’s blacktop into a Sharks-themed street hockey court. Underserved students in need of glasses in Santa Clara County will also receive an eye exam and be fitted for a pair of glasses through Vision to Learn’s Mobile Clinic sponsored by the Sharks Foundation. For every goal scored throughout September and October, the Muscular Dystrophy Association will be highlighted as the months’ Goals for Kids recipient, while Junior Blind of America will receive a Community Assist Grant.

As part of Hockey Fights Cancer Month presented by Kaiser Permanente in November, the Foundation will create awareness for those impacted by the deadly disease and support pediatric cancer initiatives. During the month, the Sharks will team-up with ANA – All Nippon Airways and The Jessie Rees Foundation to assemble and distribute “JoyJars” to youth facing a health challenge and encouraging them to NEGU, “Never Ever Give Up.” The San Jose Sharks designated Hockey Fights Cancer Night presented by Kaiser Permanente will take place on Nov. 18 and welcome families who have been affected by cancer for a one-of-a-kind game experience as the Sharks take on the Boston Bruins. The Foundation will also sell Hockey Fights Cancer Mystery Pucks on Nov. 16 and Nov. 18 and the Ronald McDonald House at Stanford will be the month’s official Goals for Kids recipient.

December marks the holiday season and the Sharks Foundation will embrace the Season of Giving with its annual Holiday Assist Party, which includes the entire Sharks roster, coaching staff, alumni, executives and members of the front office staff to help fulfill holiday wish lists for approximately 40 local families on Dec. 6. As the Community Assist Grant recipient for the Season of Giving, Canine Companions for Independence will have the opportunity to help children with disabilities be matched with a service dog. The Goals for Kids recipients of the month will be Loved Twice and Jewish Family Services of Silicon Valley.

The Sharks Foundation focuses on heroes that come in all forms in January. To honor the selfless sacrifice of a local hero the Foundation will fund a home renovation project with the help of Rebuilding Together. On Jan. 25 the Sharks Foundation will host a Military Appreciation Night during the Sharks home game vs. New York Rangers and recognize service members during different in-game experiences. The night will conclude with a post-game meet-and-greet for military families with Sharks players. As a Goals for Kids recipient for Heroes Month, Victory Ranch will have the opportunity to expand its equine therapy program for veterans.

During February, Character Building & Development Month starts by sponsoring a Good Karma Bikes Mobile Bike Clinic Van & Trailer to provide free, reliable and sustainable transportation for underserved and homeless individuals. Then the Sharks will host Hockey Is For Everyone Night presented by Pizza Factory at SAP Center, encouraging and promoting respect for all athletes. Additionally, Via Services, Inc. will expand its programming for youth with special needs as a Goals for Kids recipient.

In March, when education is at the forefront, the Sharks Foundation will highlight its relationship with SAP by funding a new production truck for the Midpeninsula Community Media Center’s Youth Sports Broadcasting and Career Horizons program. In addition, the Foundation’s Stick to Fitness powered by Kaiser Permanente Street Hockey program will be taking place. During the five-week program, fifth and sixth grade students receive street hockey equipment at no cost, a visit from a Sharks celebrity and an official Kaiser Permanente Team Physician, and educational materials to maintain a healthy lifestyle. Goals for Kids will support Students Rising Above’s mission of helping low-income youth successfully graduate college for Education Month.

The campaign will conclude with Environmental Awareness in April. A beach clean-up will occur in partnership with Plantronics, as the Sharks Foundation works with Sharks Sports & Entertainment employees and corporate partners to adopt-a-beach in Santa Cruz. The Foundation will also work with a non-profit in need for beautification projects such as painting, updating landscape or other revitalization efforts and support the month’s Goals for Kids Recipient, Youth Science Institute.