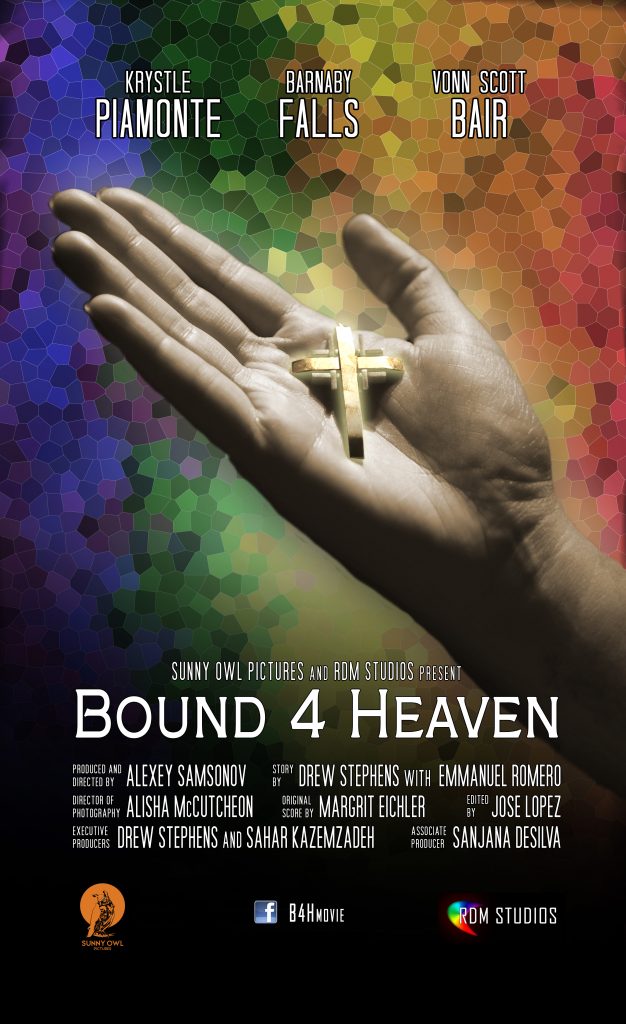 When a film is based on true events, it’s impossible to shrug off its message because what’s being conveyed is real. The short film “Bound 4 Heaven” tells the true story of a youth church group  kidnapped and forced to confess their sins under gunpoint. The high-pressure situation revealed deeply held secrets and multiple moral dilemmas.

The short film came about through connections made at Scary Cow, a San Francisco film collective. Scary Cow members Drew Stephens, the film’s screenwriter, and Alexey Samsonov, a South Bay filmmaker, partnered together to produce “Bound 4 Heaven.” Alexey took on the role of producer and director. “I really like the story. The script is engaging and powerful,” says Alexey. “It has substance and something to say. I was happy to work on it and realize it as my vision.” 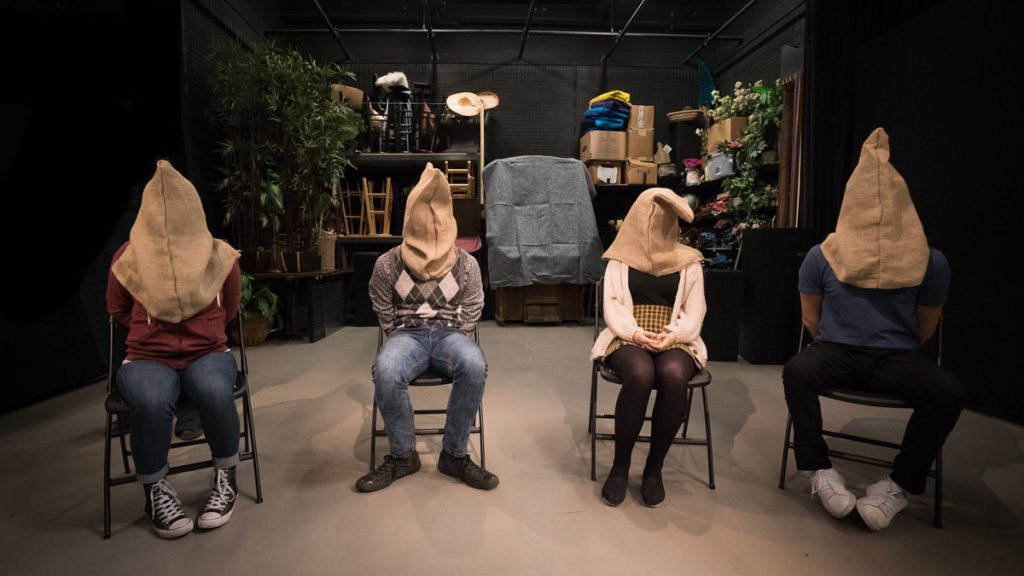 The film’s all-volunteer crew and actors underwent an intense two-day shooting schedule to create footage for the 13-minute film. One of those days was spent at the Midpen Media Center filming the kidnapping scene outside and the interrogation scene in the studio. Alexey says it was tough to fit all the filming into one day, “One thing that saved us was we had a rehearsal with the actors, and we walked through the entire scene, so they were prepared. They knew their lines, and they knew exactly how to move.”

Looking back, Alexey says he would schedule more rehearsal time with the cameras so both crew and actors would be well-prepared for shooting days. In post production, Alexey made some creative editing choices and fortunately had enough quality footage and useable takes to tell the full cinematic story. 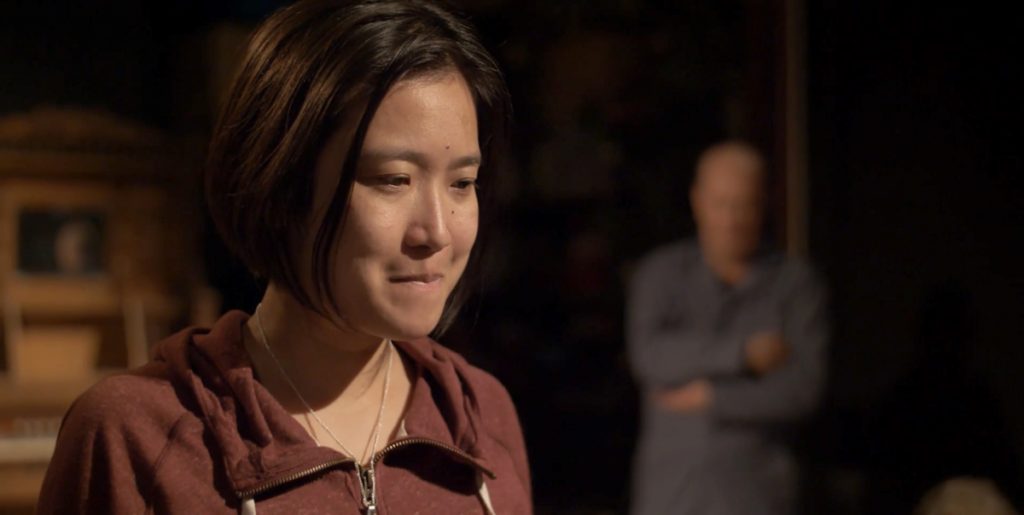 The film was ready for release early this year and was screened at the Scary Cow Film Festival held at the Roxie Theater in San Francisco in April. “When you watch it in the theater with an audience you can assess how it is received, whether people gasp when something unexpected happens, or get silent at the most intense moments,” continues Alexey. “I really enjoyed watching it with the audience. I think we hit all the right notes. People were pretty impressed.”

The film also recently premiered online in June. It has over 200 views, but Alexey has no way of knowing how people are responding to it emotionally. However, he does have access to analytic stats which show the film hooks viewers after 40 seconds, and they keep watching to the end. The low drop off rate proves that online viewers become invested in the outcome of the movie early on.

Working with a supportive group of professional-level volunteers, cast and crew, was an enjoyable experience for Alexey. The film brought together old and new crew members who made the impactful film project possible. “That was the first time I worked on shooting someone else’s script,” says Alexey. “I was happy to work with Drew, the screenwriter and original producer, and bring his story to life.”