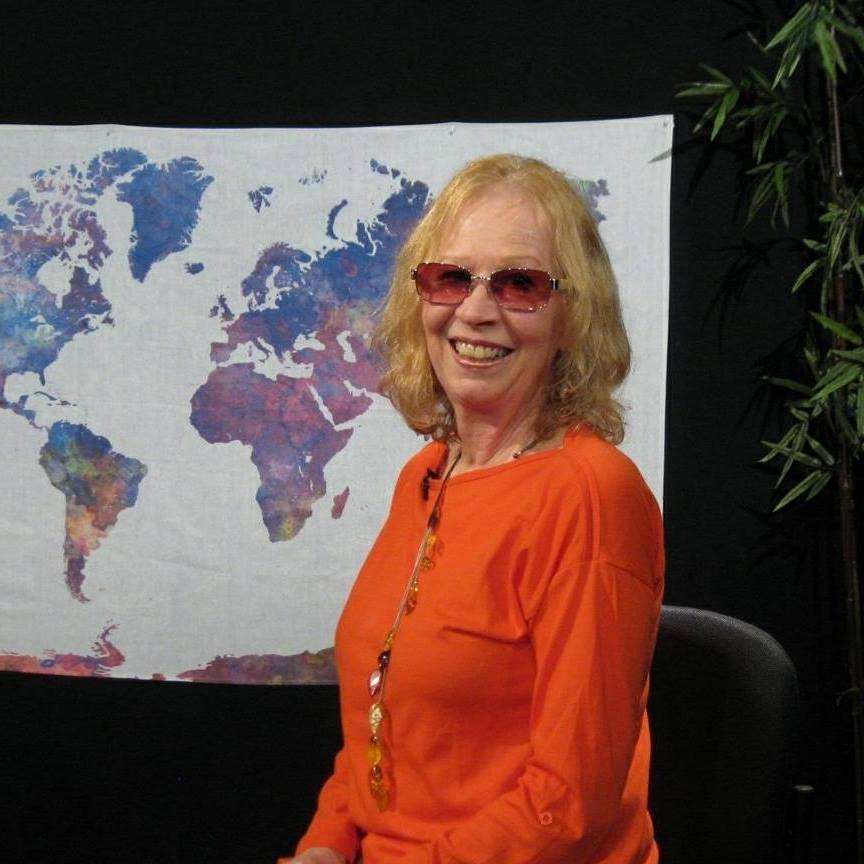 “It’s really quite a departure for me,” says show host and producer Darlene Carman of the subject matter up for discussion on Darlene Carman Presents’ February episode. Since 2005 Darlene has featured a variety of animals on her show and her love for them is apparent. She’s filmed animals on location in zoos and wildlife preserves and has brought them into the studio numerous times. She names rats and giraffes that paint as well as hissing cockroaches, mosquitos and a performing dwarf horse as some of her past guests.

As a dog lover, Darlene visits Bark in the Park , a celebration of dogs in San Jose. Fun events like pet/owner look-a-like competition, agility training and sheep herding take place at the event. On the lookout for new show ideas, Darlene discovered an organization named Duo Duo. Duo Duo’s mission is to stop the dog meat trade in China. Heart-wrenching photographs of abused dogs on their way to becoming meat for dinner captured Darlene’s attention.

A horrific statistic on Duo Duo’s website states that 70% of the dog meat for sale in China is from stolen pets. This disturbing fact caused Darlene to look around at the happy people attending Bark in the Park and ask herself, “How would they feel if they knew pets were being stolen for food?” Darlene and Duo Duo’s founder, Andrea Gung began a conversation about China’s dog meat trade and Duo Duo’s role in stopping it.

Darlene will welcome Duo Duo’s Andrea Gung as her upcoming guest on Darlene Carman Presents. Although the topic of abused and stolen animals is not a happy one, it is important. Darlene had been under the impression that international pressure shut down the Yulin Dog Meat Festival. But Gung confirmed the festival closure was reversed and it did take place. Darlene will find out why the festival was allowed to go on and how Duo Duo is making progress toward ending the dog meat trade.