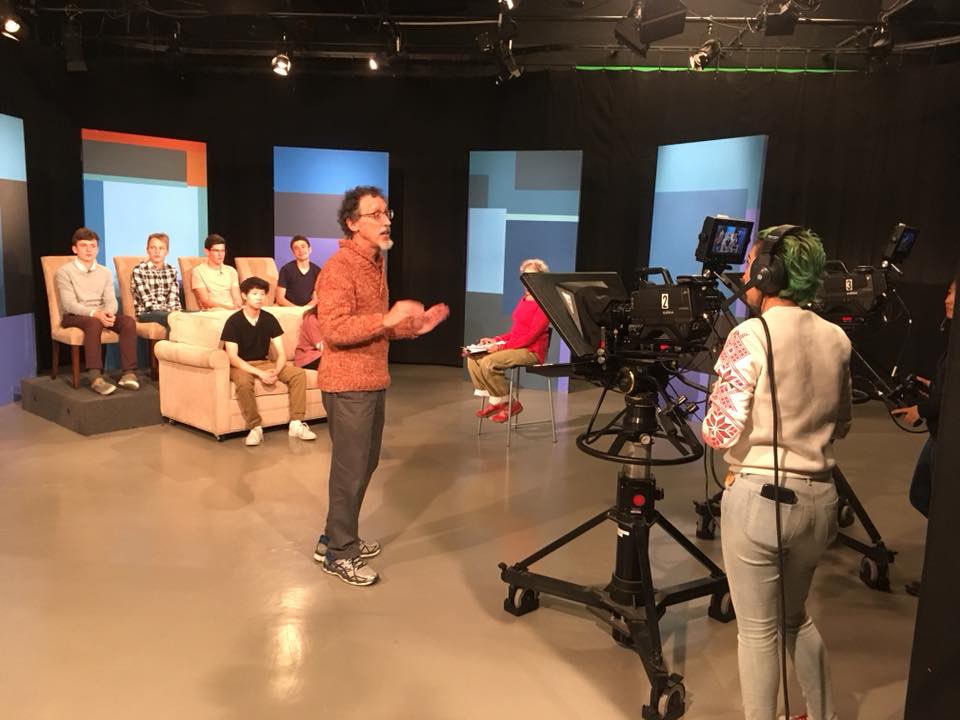 Midpen Media Center’s recent studio production class took a simple idea, talking to a panel of teenagers, and turned it into an engaging half-hour of television. During the studio production class, students learned how to use equipment including cameras, audio board, and switcher while also learning key crew positions like producer and director. On a quick timeline, students worked together to meet their goal of producing a show in a matter of days. Having a simple yet compelling show idea, “Ask a Teen,” helped make the task possible.

A panel of six teens was interviewed by host, Elizabeth Whalley covering a range of topics aiming to find out what it’s like to be a teen today. As students answered questions like “what’s the latest trendy phrases?” and “are cliques still a thing at school?” the camera crew and director were busy getting the best shots of the teens as they spoke. Studio mentor, Austin S. Lu told the class to “go big or go home” spurring them to go big in several ways, from the number of guests on the stage, to the show’s sleek opening sequence and the number of questions generated to ask the panel: 150 only a handful making it on the show.

The show posted to YouTube in early November, and already has over a thousand views thanks to the teen guest’s proficiency in social media sharing. Interest in recording another episode of “Ask a Teen” is high both with studio production class grads and teens wanting to be a guest. Instructor David Simon says the current batch of students worked very well together. Here are some quotes from students reflecting on their experience learning studio production together:

“I just wanted to say how much fun it was to work with every single one of you in the studio class. I had such a great time last night, and it was so cool leveraging everyone’s strengths in order to build something amazing together!” – Veronica Jacob

“I was so inspired by the project and the whole team! I’m glad I had a chance to work with you all and hope we can shoot other episodes. Teens and their moms reposted the show, and I get 2-3 emails every day asking “Do you need some more teens? I’m in!” So let’s do it!” – Liubov Spitsyna

“The best part for me was seeing everyone in their “Sweet Spot,” talent + vision thriving, learning on the GO in the midst of creative chaos!” – Amy Tupper

Want to learn how to produce your own show or gain the skills needed to crew on a show? Future Studio Production classes will be posted on our workshop page with sessions upcoming in January and February 2019.