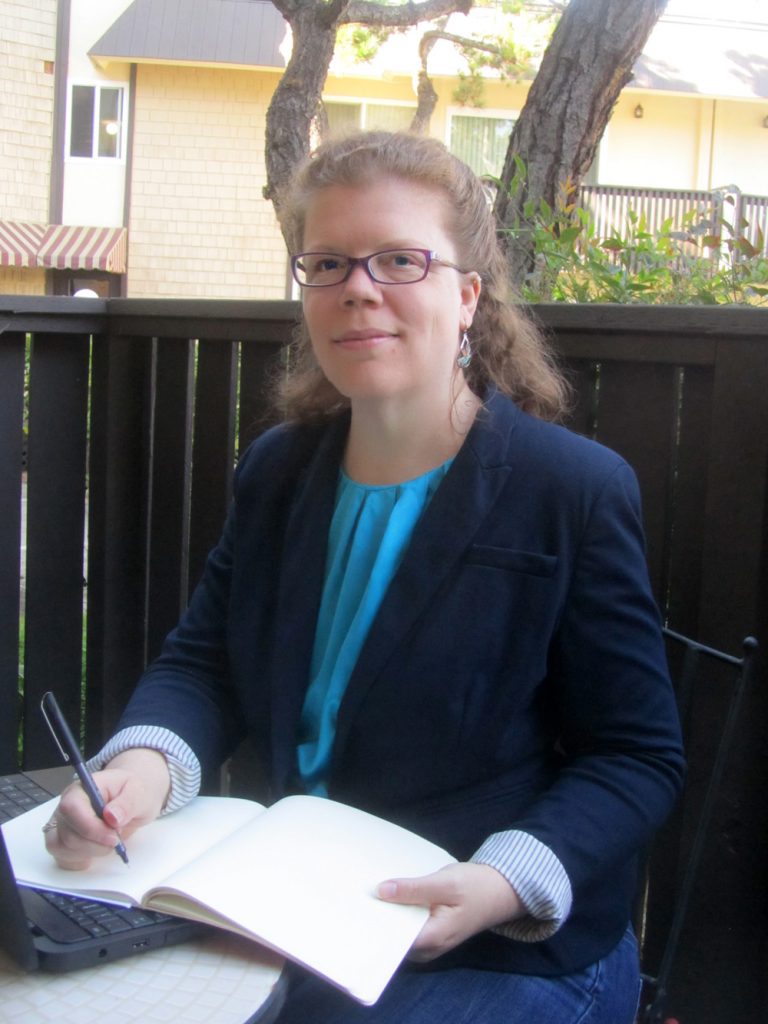 I came to Midpen Media Center to find out how the magic of television production is done. The HD Studio Class introduces students to the various components of the Midpen’s studio. At the end of the first class, my fellow students and I were tasked with creating our very own half-hour cable access show. With only 20 hours over two weeks to learn the necessary studio equipment, I foresaw some pretty big pre-show butterflies developing. Midpen studio instructors combat students’ jitters with in-depth instruction and tons of practice leading to a smooth and successful live show.

Please Touch Everything
Midpen Media Center is full of advanced technology and cutting-edge equipment equaling a technophobe’s nightmare. That is until studio instructors break down how to use all of the equipment and encourage students to engage hands-on with the studio items.  Three HD cameras huddle at the back of the studio like conspiring buzzards. Our instructor, dismissive of the “scary shadows” surrounding the cameras, rolled them into the light to show us how they operate. I had fun checking out all of the camera control and movement options. The instructor told me I was “good on camera” so I patted myself on the back.
The control room at Midpen is impressive and daunting at the same time. It’s a disco ball short of a party with levers galore, neon rainbow controls and blaring music capabilities. Emboldened by instructor assurances that we wouldn’t destroy the fancy equipment, students added graphics to studio shots, selected camera feeds and controlled the show’s audio and music from the room next to the studio.  A window separates the two spaces. Eva Barrows on camera with Interim E.D. Debbie Gisonni in the background

Practice and More Practice
After my classmates and I became familiar with the roles in the studio, we picked the station we wanted to perform during our live show final. I chose to operate the studio camera. Midpen gave me my first opportunity to get familiar with camera equipment. While my classmates were busy practicing their chosen stations, I was dancing with the cameras. I moved one to the side of the set to get an “over the shoulder” shot of my “owl statue” subject. I zoomed into focus on a “classroom globe” then zoomed out again to frame the subject with adequate “head room.” The author Eva Barrows at work

Let’s Pretend This is Real
Towards the end of our time in class those pre-show butterflies tried to flutter in. We were excited to tape a live show! Our student director did a great job learning a tongue twister set of directions that the crew listened to and practiced following through on. I admit I made a few mistakes during rehearsal, some caught and others not…but we practiced enough so that during the live show I knew how and when to adjust the camera.

It Really Was Magical

After the live show taping was complete we watched our show playback on the studio monitor. I was very impressed with our producer’s work accounting for every minute of the show and by the success of our director to organize the movement of the crew. As a unit our class was well prepared by Midpen instructors to create our own show magic.  In case you missed it, the workshop program that I crewed for is available to watch on Midpen’s YouTube Channel.